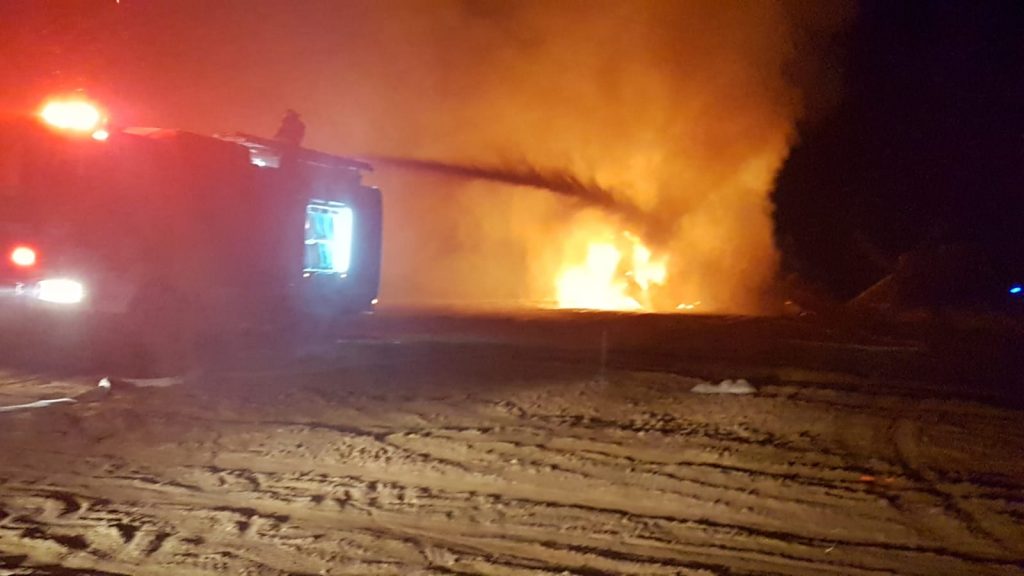 An IDF CH-53 transport helicopter, known in Israel as the Yasur, landed in flames on Tuesday in the southern part of the country. B’chasdei shamayim, the crew emerged unharmed.

Following the accident and pending an investigation, IDF has ordered the grounding of the entire fleet.

The emergency landing took was made in open fields of Kibbutz Ruhama, near Beit Kama Junction.

As the IDF Spokesman described it: “A Yasur helicopter reported a technical malfunction that caused motor combustion in the south of the country. There are no casualties and firefighting forces are in place to extinguish the fire.”

Three teams of firefighters were sent to extinguish the blaze.

The CH-53 has been a workhorse of the air force for decades, but at the same time has been in a number of accidents involving fatalities.