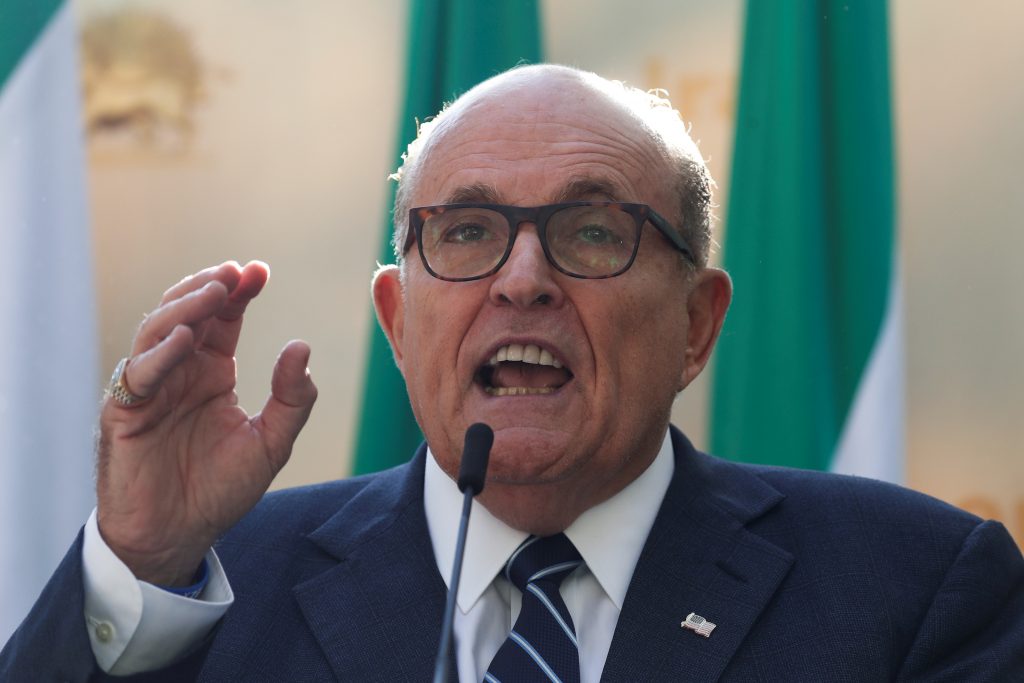 Rudy Giuliani, a personal lawyer for President Donald Trump who has come under the scrutiny of federal prosecutors in New York, on Wednesday said he has hired his own lawyers to represent him.

Giuliani, a former New York mayor and federal prosecutor, wrote on Twitter that he is being “represented and assisted by” Robert Costello, a former federal prosecutor in New York, and Eric Creizman and Melissa Madrigal of the law firm Pierce Bainbridge.

Prosecutors in the U.S. attorney’s office in Manhattan are examining Giuliani’s interactions with two men arrested in October for allegedly illegally funneling money to a pro-Trump election committee and other political candidates, according to another person familiar with the matter.

Giuliani has not been accused of criminal wrongdoing.

Giuliani also is a central figure in the U.S. House of Representatives’ fast-moving impeachment inquiry into whether Trump abused his office for political gain.

The Democratic-led House investigation is focused on a July 25 phone call in which Trump asked Ukrainian President Volodymyr Zelenskiy to investigate former Vice President Joe Biden and his son Hunter, who served as a director of the Ukrainian energy company Burisma.

For nearly a year, Giuliani has pursued unsubstantiated allegations that Biden tried to fire a Ukrainian prosecutor to stop him from investigating Burisma.

Giuliani has said the two foreign-born businessmen who were arrested, Ukraine-born Lev Parnas and Belarus-born Igor Fruman, assisted him in this effort.

Giuliani tweeted on Wednesday that the investigation he conducted “concerning 2016 Ukrainian collusion and corruption, was done solely as a defense attorney to defend my client against false charges, that kept changing as one after another were disproven.”

A spokesman for the Manhattan U.S. Attorney’s Office declined to comment. The lawyers from Pierce Bainbridge did not immediately return a call for comment.

Costello told Reuters in March he had known Giuiliani for 45 years.

In April, Costello asked Giuilani about the possibility of Trump pardoning Michael Cohen, the president’s former fixer and lawyer.

In an April 21 email that leaked, Costello told Cohen he could “sleep well tonight. You have friends in high places.”

Costello said Giuilani shot down the idea of a pardon.