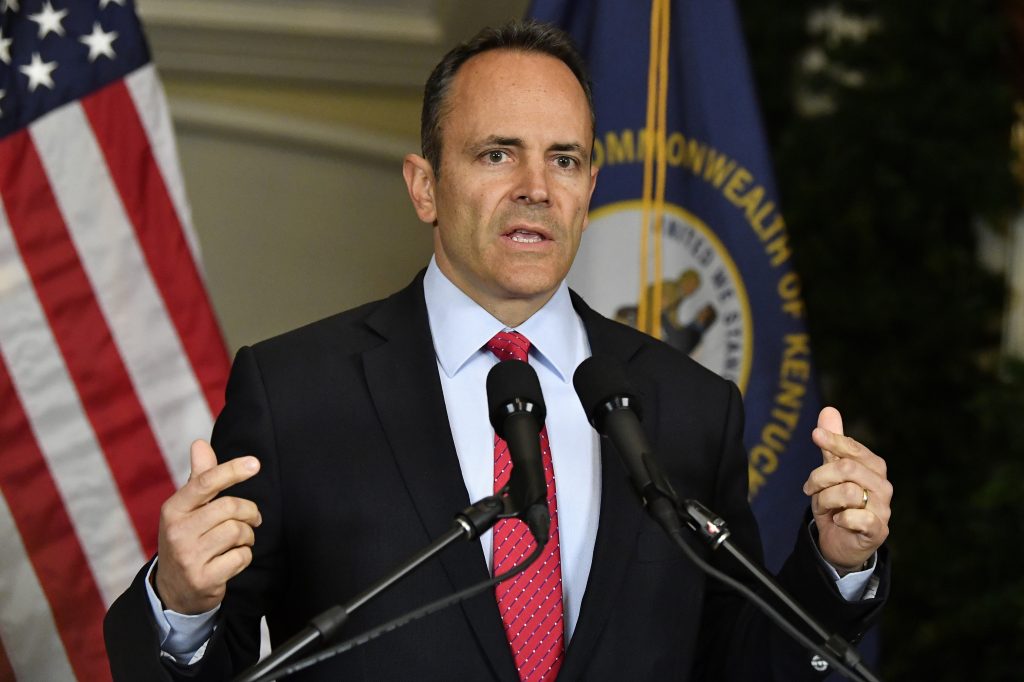 Republican Gov. Matt Bevin asked Wednesday for a recanvass of Kentucky election results that showed him more than 5,000 votes behind Democrat Andy Beshear, who discounted the challenge and began preparing to take office.

Beshear, the state’s attorney general, said he’s confident in the election outcome, saying any review would show he won the hard-fought campaign.

“Whatever process that the governor chooses to go down, it’s not going to change this overall number of votes,” Beshear said at a news conference. “We are going to take the steps to move forward to make sure that we are ready … on the day that we’re inaugurated.”

With 100% of precincts reporting, Beshear led by a little over 5,000 votes out of more than 1.4 million counted, or a margin of less than 0.4 percentage points.

At a news conference late Wednesday in Frankfort, Bevin said he wanted to ensure integrity in the process even as he hinted that there had been irregularities in the voting.

“We’re in the process of getting affidavits and other information that will help us to get a better understanding of what did or did not happen,” he said.

Bevin said any information turned up won’t be “followed through on” until after the recanvass — an indication he could seek further review of the election results.

Kentucky’s secretary of state, Alison Lundergan Grimes, scheduled the recanvass for Nov. 14. A recanvass is a check of the vote count to ensure the results were added correctly.

Beshear’s campaign responded with a statement repeating that he hopes Bevin honors the election results. The campaign noted that a recanvass has never led to a reversal of an election result in Kentucky.

The governor claimed Wednesday that thousands of absentee ballots may have been illegally counted. He suggested people may have improperly turned away from the polls, and said such claims need corroboration.