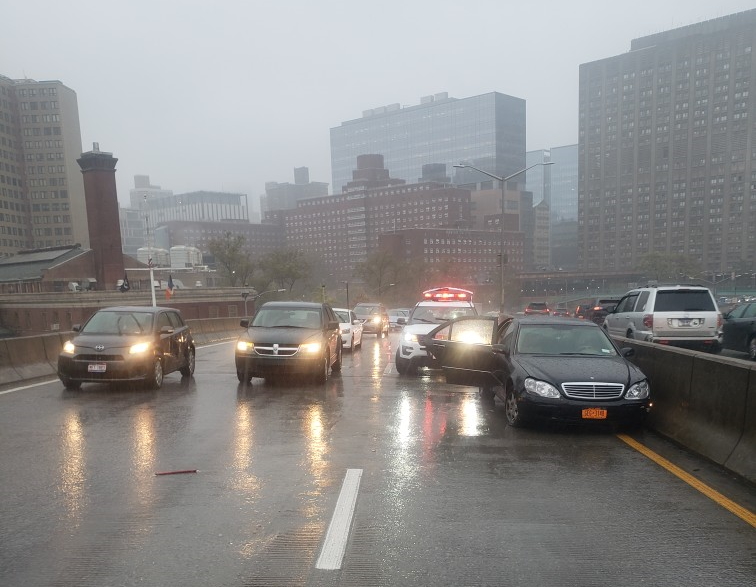 NYPD officers who stopped to investigate a car stopped on the FDR Drive ended up saving the life of the driver.

Around noon Sunday, Lt. Yael Magori, Officer Yousef Abdalla and Officer Edward Weis were returning to Brooklyn’s 70th Precinct from an NYPD Shomrim Society event on the Upper East Side. At 34th Street on the FDR Drive, they noticed a vehicle that appeared to be disabled on the side of the highway, and stopped to investigate. Inside they saw a 61 year-old unconscious man, believed to have suffered a heart attack before his car hit the barrier.

The officers were soon joined by Lt. Keith Gallager from Emergency Services Unit, who happened to be driving by.

Magori, a trained EMT, was able to revive the victim, but he remained unresponsive. Once EMS arrived and the man was placed in the ambulance, he went into full cardiac arrest. He was revived with an AED and brought to Bellevue.

The victim, now conscious and alert and expected to make a full recovery, met with the officers in the hospital, and expressed his thanks for their saving his life.