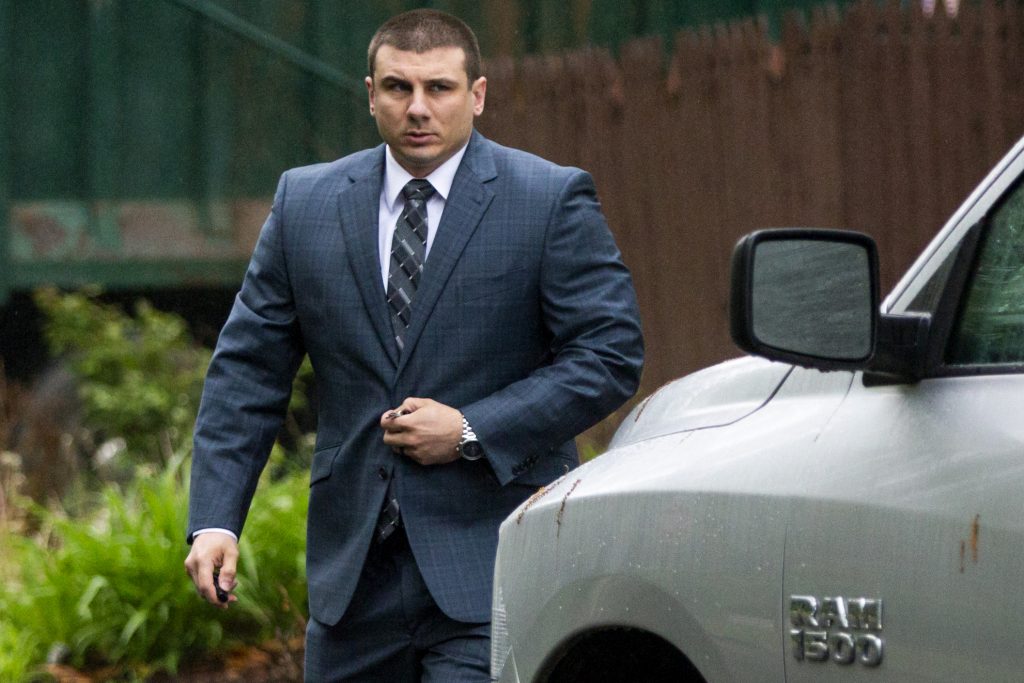 The officer who was fired in the 2014 chokehold death of Eric Garner is suing the New York Police Department and the police commissioner to be reinstated.

Daniel Pantaleo’s lawyer, Stuart London, told The New York Post the lawsuit was filed on Wednesday and argued that his termination following an administrative trial was “arbitrary and capricious.”

Police Commissioner James O’Neill fired Pantaleo , who is white, in August for using a banned chokehold on Garner, saying he had broken department rules and could “no longer effectively serve as a New York City police officer.”

Video of the confrontation between Garner, a black man, and the officers trying to arrest him for selling untaxed cigarettes drew outrage and was viewed millions of times online. Garner’s dying words, “I can’t breathe,” became a rallying cry for the Black Lives Matter movement.

A police sergeant who responded to the scene gave up 20 days of vacation time to settle her disciplinary case.

London had earlier said he would use legal appeals to try to get the officer reinstated. He has insisted the officer used a reasonable amount of force and did not mean to hurt Garner.

The Rev. Al Sharpton blasted the lawsuit, saying Pantaleo “had a fair administrative trial” that recommended his dismissal .

“Pantaleo’s decision to seek his reinstatement is not only disrespectful to the Police Commissioner and NYPD, but also the Garner family,” Sharpton said in a statement. “He has shown no contrition or acknowledgment of his violent actions that ultimately killed Eric Garner.”

After Garner’s death, the police department required all 36,000 officers to undergo three days of training, including classes focused on de-escalation. It also began training officers on fair and impartial policing, teaching them to recognize biases and rely on facts, not racial stereotypes.