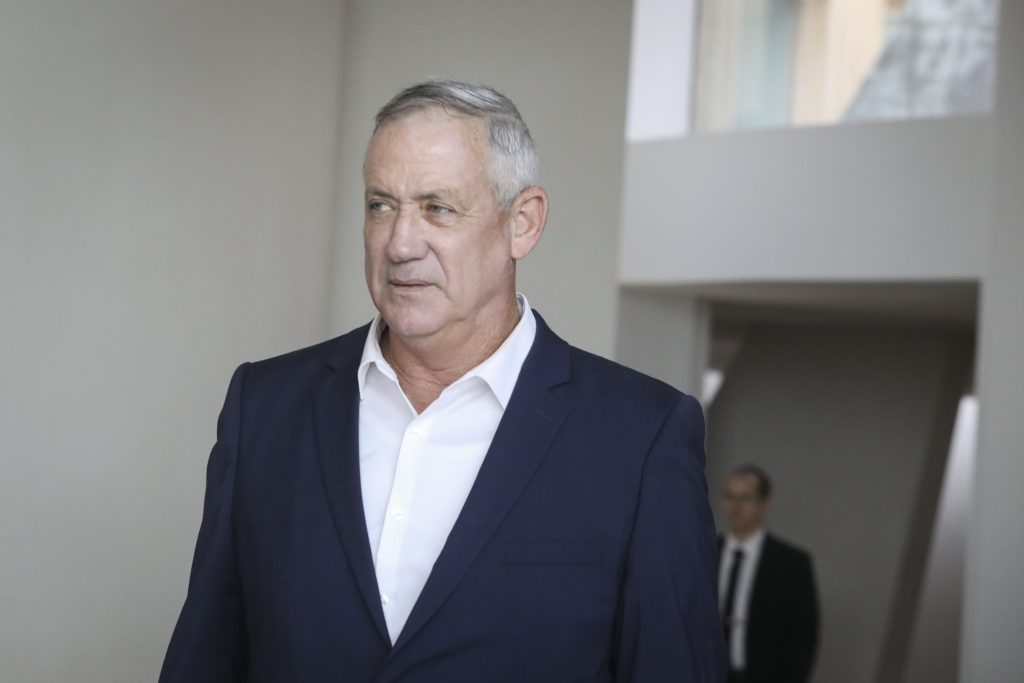 As Benny Gantz was poised to accept a formal charge to build a coalition government on Wednesday evening, his Blue and White party issued an invitation to Likud to restart talks on a unity government, according to The Times of Israel.

The Likud party said that Prime Minister Binyamin Netanyahu has accepted the offer. Acceptance of the invitation was not a foregone conclusion, since Netanyahu‏‏ has publicly accused Gantz of refusing all his overtures to form a unity government, forcing him to return the mandate to President Reuven Rivlin as the 28-day period expired on Wednesday.

Meanwhile, Netanyahu on Wednesday convened the leaders of his 55-member right-wing, religious bloc to formulate strategy for the coming days.

At the start of the meeting, Yamina MK Naftali Bennett said they “will do everything to form a broad government and prevent another election. The citizens of Israel will not forgive those who lead to a third election.”

The presence of Shas leader Rabbi Aryeh Deri was noted in media reports, after he skipped similar meetings in recent weeks, in an apparent show of bloc unity.

The Likud and its allies agreed they would continue their united front and would not hold separate meetings with Blue and White negotiators.

Avigdor Liberman—whose refusal to join a Netanyahu-led coalition led to a repeat election in September and could well result in a third voting in a few months—was again throwing brickbats.

In media interviews Tuesday and Wednesday, he belittled Likud members, calling them “chickens” for continuing to stand by the embattled Netanyahu, and alleging that behind the scenes they were in fact “burying him alive.”

“I expect Likud MKs to wake up and realize that Netanyahu is dragging them, against their will and their interests, to another election,” Liberman told Ynet. “It is time for them to stand up and tell Netanyahu ‘enough.’

To the Kan public broadcaster he vented: “Likud members are fending for themselves and Likud. We already see that all the senior members are preparing for primaries. While they are paying lip service and adding the words ‘after the Netanyahu era,’ in practice they are already eulogizing Netanyahu and burying him alive — [Nir] Barkat, [Israel] Katz and [Gideon] Sa’ar already said they would run. Whoever sees the events they’re hosting… understands that they are deep in the race.”