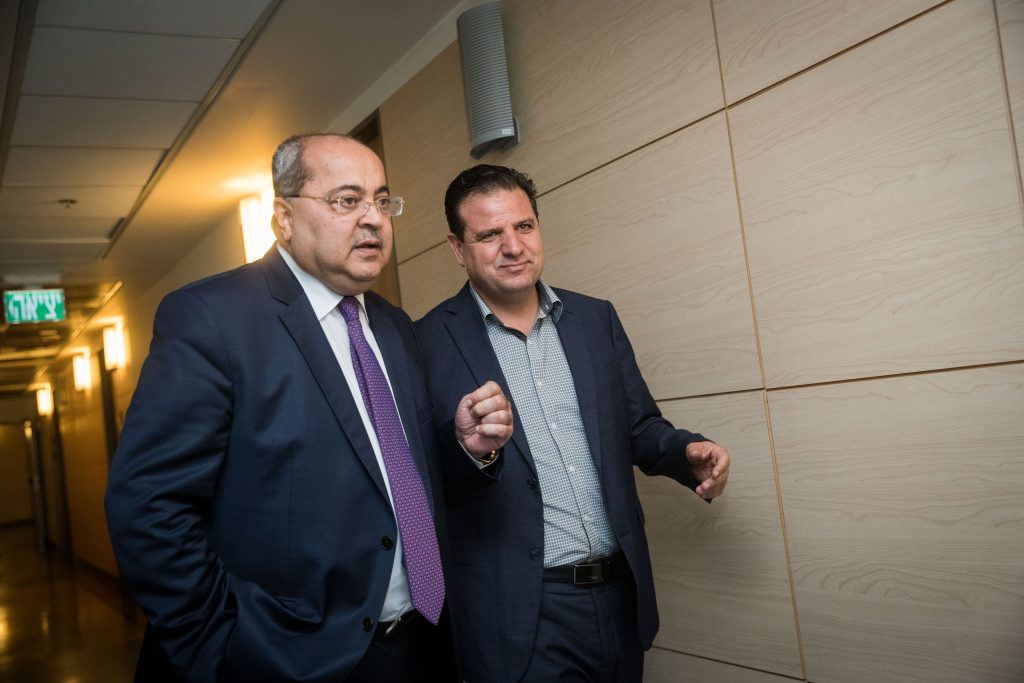 The majority of Israel’s Arab community would approve of the Joint List providing outside support for a Blue and White-led coalition, the party’s veteran MK Ahmad Tibi said on Wednesday.

However, Tibi was not himself ready to come out in favor, nor did he think it likely to happen, though it was something worth talking about.

“I don’t want to sound like an advocate for this option as though it were a viable option, because it’s not,” he told Ynet. “We haven’t decided where we stand, and we do have many demands. There is no doubt that a government without Netanyahu, without the Likud Party, without the right is the best government and could be the facilitator for the greatest change we’ve ever seen.”

Earlier in the year, Joint List chairman Ayman Odeh outlined some of the party’s conditions for support, which included chairmanship of the powerful Knesset Finance Committee, 64 billion shekels for development of the Arab sector, and a guarantee that the government will negotiate with the Palestinian Authority to establish a Palestinian state in all of Yehudah and Shomron.

Such conditions would seem to preclude any deal with Blue and White, but they might be used as a bargaining position, and compromises could conceivably be worked out to secure support for a coalition.

Tibi acknowledged that the List has been maintaining contacts with Blue and White.

“We’ve been having a series of talks for the past few months and I assume they will continue over the next few weeks,” Tibi said. “We are the third-largest party in the Knesset and have much greater political weight than in the past.”

The MK ruled out the possibility of actually joining an Israeli government, whether led by Gantz, Netanyahu or any combination thereof.

“If you are a minister in the government, you bear a collective responsibility for all that government’s decisions in the political reality of today,” he said. “This is almost impossible. If Gaza is bombed and my colleagues and I vote against it, we bear the responsibility.

“If budgets are passed for settlements in the West Bank, if a house is demolished in the Negev, we could not stand for that. Not from a moral, political or civil point of view. It does not correlate with our manifestos. Therefore, support for the government from outside the coalition – just as it was in the 90s – could be taken into deep consideration by the Joint List.”