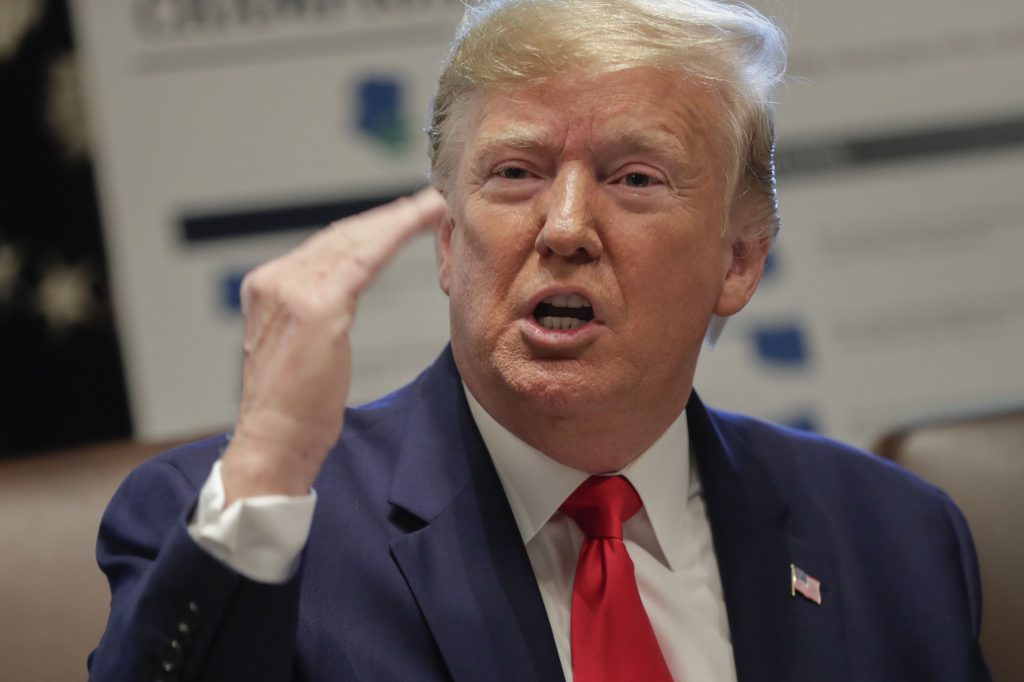 Criticism came fast from Democrats, President Donald Trump critics and some Republicans on Tuesday after Trump compared the impeachment inquiry into him to a “lynching.” But by the afternoon, Trump allies were pointing out that variations of that word had been invoked several times by House Democrats to describe the impeachment proceedings against President Bill Clinton in 1998.

At least five House Democrats talked about a “lynching” or “lynch mob” as pertaining to Clinton, according to a Fix review.

“The highest officeholder should think about these words. The rural south where I was born has a tarnished and painful history,” Rep. Danny Davis, D-Ill., tweeted Tuesday.

“I don’t expect Trump to be sensitive to the weight of that word, or see how insulting and hurtful it is to invoke it here,” Rep. Gregory Meeks, D-N.Y., tweeted Tuesday.

In 1998, however, both Davis and Meeks called the Clinton impeachment proceedings a “lynching” on the House floor the day before the president was impeached. Then-Rep. Charles Rangel, D-N.Y., described what he called a “lynch mob mentality, that says this man has to go” during a floor speech the same day.

Democratic criticisms of the Republican-led impeachment proceedings against Clinton were not limited to the House floor.

“Our country has a dark, shameful history with lynching, and to even think about making this comparison is abhorrent. It’s despicable,” Biden tweeted.

On three occasions in 1998, Rep. Jerrold Nadler, D-N.Y., who now chairs the committee that would consider articles of impeachment against Trump, called the impeachment process against Clinton a “lynch mob.”

“We shouldn’t participate in a lynch mob against the president,” Nadler told Newsday on Sept. 13, 1998.

Five days later, Nadler said he saw “no evidence that the Republicans want to do anything other than organize a lynch mob,” according to the South China Morning Post.

And on Oct. 4, 1998, Nadler told the Associated Press that Republicans were “running a lynch mob” against Clinton.

Then-Rep. Jim McDermott, D-Wash., who served nearly 20 years in the House, slammed the impeachment proceedings against Clinton during an interview with the Baltimore Sun on Sept. 12, 1998.

“This feels today like we’re taking a step down the road to becoming a political lynch mob,” McDermott said at the time. “Find the rope, find the tree and ask a bunch of questions later.”

Doing an about-face on impeachment rhetoric seems to be standard practice. Trump has also called the impeachment inquiry a “coup,” language that has been echoed by McCarthy, the Republican National Committee and no fewer than 18 Fox News hosts and guests, according to a Fix review.