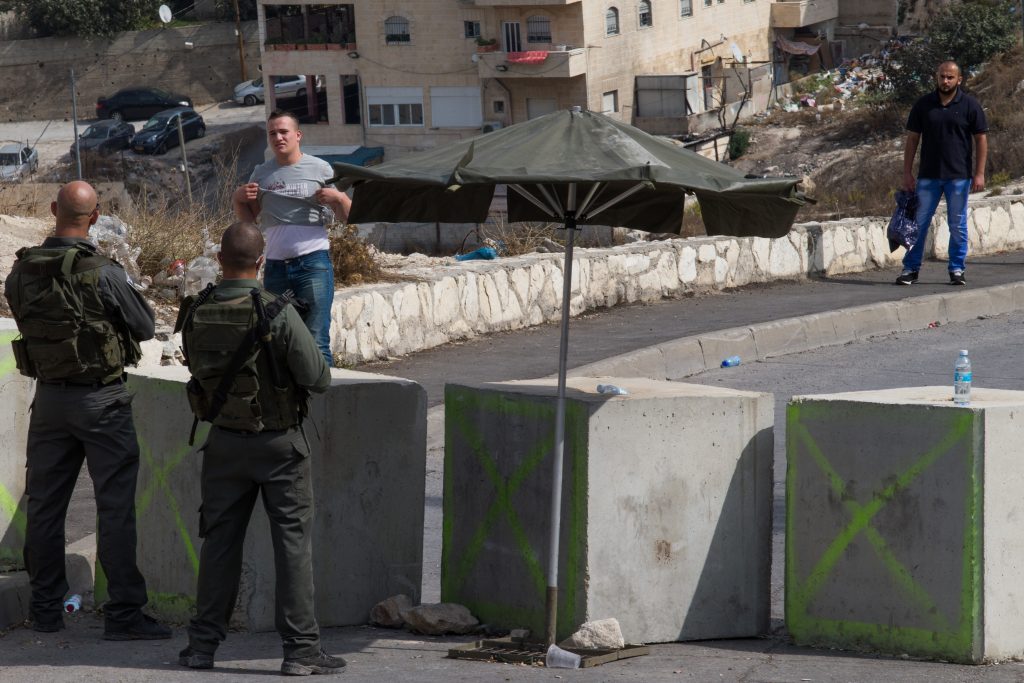 Security forces on Thursday morning arrested an Arab in the Issawiya neighborhood of Yerushalayim who attempted to run down a police officer. The officer and a civilian were injured when they attempted to jump out of the way when the vehicle driven by the Arab attempted to slam into them at a checkpoint near the Atarot industrial zone. Police were able to halt the vehicle and arrested the 20-year-old driver.

Issawiya has been the scene of nearly nightly rioting in recent weeks, stemming from an incident in July when a rioter was killed after he attempted to attack a police officer. In the past week alone, three police officers were injured in the rioting, which police have attempted to keep within the confines of the neighborhood.