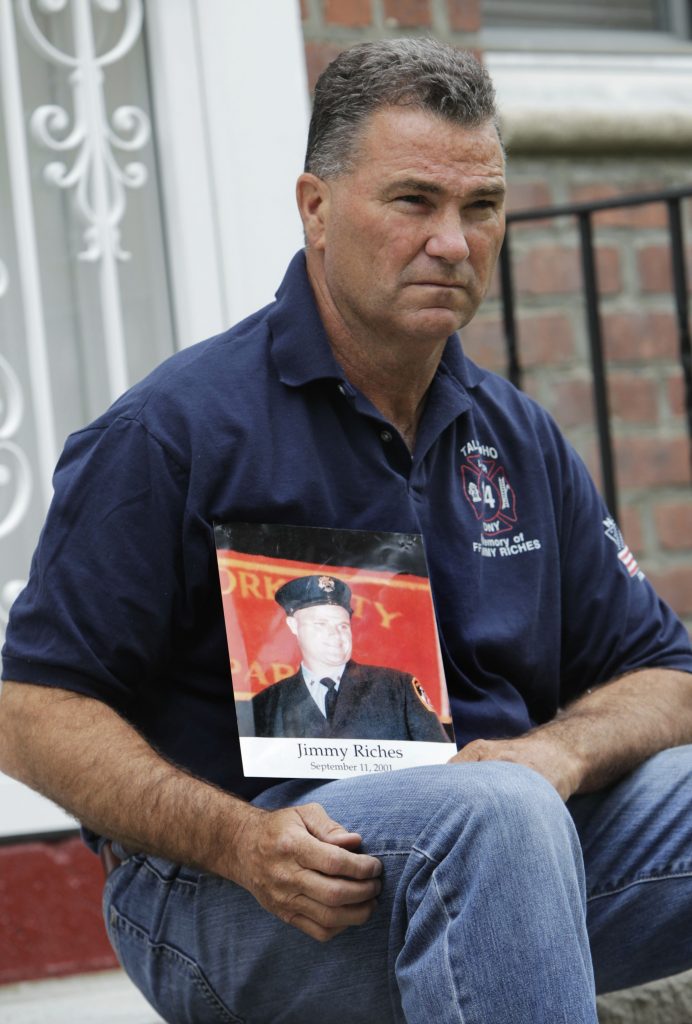 If President Donald Trump’s now-canceled plan for secret talks with Afghanistan’s Taliban terrorists on U.S. soil was stunning, the date chosen was perhaps even more so: days before the anniversary of 9/11, the reason for the war they were going to talk about ending.

Sept. 11 victims’ relatives and first responders digested the news Monday with mixed feelings. Several called the timing unfortunate but the idea of talks worthwhile, a potential path toward peace for Afghans and Americans weary of Washington’s longest war.

“I don’t want to see other families suffer the way I did. That’s the bottom line. Not soldiers or innocent victims of terrorism,” said Jim Riches, a retired New York deputy fire chief who responded to the terror 2001 attacks and lost his son, Jimmy, a fellow firefighter.

Rosaleen Tallon was angry — though not at the U.S.-Taliban negotiations. She sees the Afghan Islamic terrorists as “small fish” compared with the nation she feels hasn’t been held sufficiently accountable for 9/11: Saudi Arabia.

“We’re not really getting at 9/11. That makes my blood boil,” said Tallon, who lost her brother, probationary firefighter Sean Tallon.

Tallon wants U.S. troops home, and she really wants the U.S. government to do more to probe allegations, which she and others have raised in a lawsuit, that Saudi government employees knowingly assisted the hijacking plot. Riyadh denies it.

Trump tweeted Saturday that he canceled an until-then-clandestine weekend meeting at Camp David with Taliban representatives and Afghanistan leaders. He said he changed his mind after a Taliban car bombing in Kabul on Thursday killed 12 people, including a U.S. service member.

On Monday, the president declared that U.S. peace talks with the Taliban are “dead.”

Word of the planned Camp David meeting was a surprise to Ellen Judd, who chairs the Afghanistan committee of the September Eleventh Families for Peaceful Tomorrows, which involves over 200 relatives.

“I think it would be great if the troops were withdrawn. While we certainly want that, there is so much more involved in the peace process,” said Judd, who lost her friend, Christine Egan, in the attack on the World Trade Center.

Judd hopes the Afghan government — which has been largely sidelined from the negotiations — and civilians will have a role in a broader peace process that would produce a durable cease-fire.

The U.S. went to war against Afghanistan’s ruling Taliban a month after 9/11 for harboring al-Qaida leader Osama bin Laden, mastermind of the Sept. 11, 2001, attacks that killed nearly 3,000 people at the World Trade Center, the Pentagon and a field in Pennsylvania.

More than 2,400 Americans have died in the nearly 18-year war. About 20,000 American and allied troops remain in Afghanistan, and the Taliban control or hold sway over nearly half the country.

The Taliban “are the people who are partially responsible for our loved ones dying and other Americans dying,” Riches said, but “I’d like to see it end.”

Lee Ielpi also thought the talks could have been better timed. A retired firefighter, he was at ground zero on 9/11 and lost his firefighter son, Jonathan, there. Still, Ielpi sees the president as a get-things-done leader and hopes he can eventually work out a deal — if it’s a stringent one.

“I’m all for some kind of negotiated peace to bring our guys and gals back home, but it has to be the correct type of peace where the Taliban and al-Qaida are told point-blank … any violation at all will be dealt with swiftly and with a lot of strength,” said Ielpi, a National Sept. 11 Memorial & Museum board member.

Nearly 18 years after losing his brother-in-law on 9/11, Jim McCaffrey welcomes any effort to resolve the war in Afghanistan and credits Trump with trying to end it.