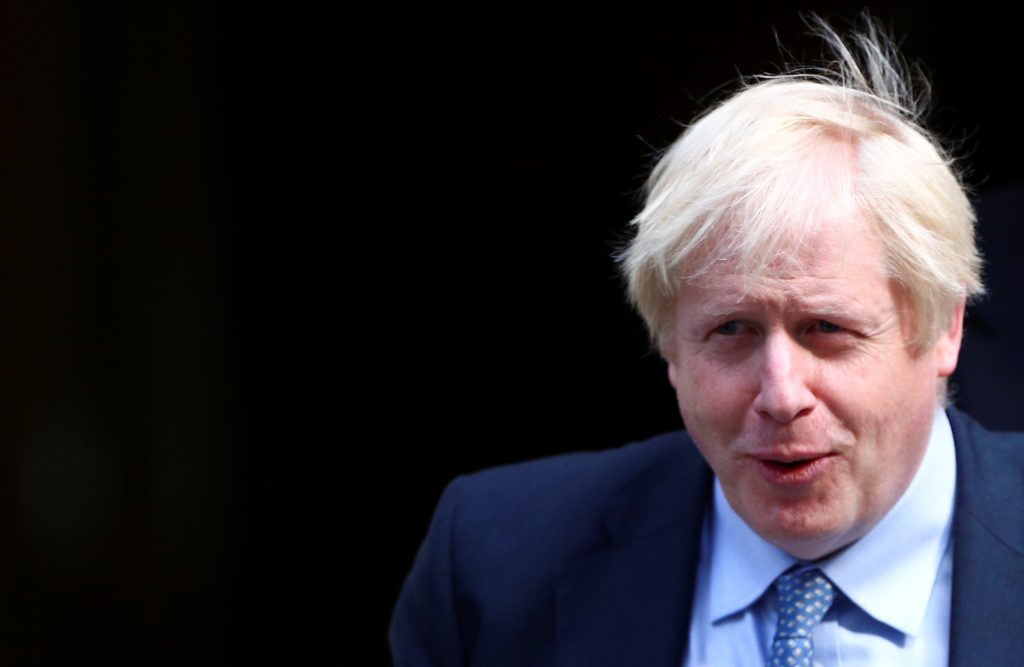 British Prime Minister Boris Johnson on Wednesday demanded an Oct. 15 snap election after lawmakers seeking to prevent a no-deal Brexit dealt him a humiliating defeat in parliament which he cast as an attempt to surrender to the European Union.

Parliament’s move leaves Brexit up in the air, with possible outcomes ranging from a turbulent no-deal exit to abandoning the whole endeavor – both outcomes would be unacceptable to swathes of the United Kingdom’s voters.

An alliance of opposition lawmakers backed by 21 rebels from Johnson’s Conservative Party defeated the government on Tuesday on a motion allowing them to try to pass a law which would force a three-month extension to Britain’s EU exit date.

Johnson cast the rebellion as an attempt to surrender to the EU, vowed never to delay Brexit beyond Oct. 31 and challenged opposition Labour Party leader Jeremy Corbyn to agree to an Oct. 15 election.

“Can I invite the leader of the opposition to confirm, when he stands up shortly, that if that surrender bill is passed, he will allow the people of this country to have their view on what he is proposing to hand over in their name with an election on October the 15th,” Johnson told parliament.

However, needing the backing of two-thirds of lawmakers, Johnson’s bid for an election is set to be initially thwarted as opposition parties are united in wanting to prevent a no-deal Brexit before agreeing to a vote.

Johnson said his strategy was to get a Brexit deal by an EU summit on Oct. 17 and “get Brexit done”. He said the British government was making substantial progress and would succeed in removing the Irish border backstop.

The showdown between prime minister and parliament continues on Wednesday with a dizzying array of events planned including a vote on the attempt to block no deal, a vote on Johnson’s election bid and weekly questions to the prime minister.

As the three-year Brexit crisis approaches a crescendo, the United Kingdom was edging towards an election as most British politicians see no other way to break the impasse.

The government has scheduled a vote on an election after 1800 GMT on Wednesday.

Opposition parties and rebels in his own party said they would not allow a no-deal Brexit to be “smuggled” through under the cover of an election.

“We’re not going to dance to his tune,” said Keir Starmer, the opposition Labour Party’s point man on Brexit.

“We’re not going to vote with Boris Johnson today to deprive ourselves of the opportunity to complete the business that we’ve just seized control of the house to do,” he said.

Beyond the frantic push and shove of British politics, the United Kingdom fundamentally has three main Brexit options: leave with a deal, leave without a deal or cancel Brexit altogether.

An October election would open up three likely options: a Brexit-supporting government under Johnson, a Labour government led by veteran socialist Jeremy Corbyn or a hung parliament that could lead to a coalition or minority government of some kind.

The type of Brexit that emerges from that election is unclear, though there would be little time for a deal before the Oct. 31 deadline. An avowedly pro-Brexit government could overturn any laws aimed at preventing a no-deal Brexit.

In a sign of just how far Brexit has distorted British politics, Johnson’s Conservatives vowed to expel the 21 rebels – including the grandson of Britain’s World War II leader Winston Churchill and two former finance ministers – from the party. Johnson also lost his working majority in parliament.

In one piece of good news for Johnson, the face of the 2016 Vote Leave campaign, a Scottish court ruled that his decision to suspend parliament later this month was lawful.

“This government is going to get a deal from our friends in Brussels,” Johnson said. “We will get an agreement.”

The EU has refused to renegotiate the Withdrawal Agreement reached with Johnson’s predecessor Theresa May last November, and there were reports in British newspapers that Johnson’s top adviser Dominic Cummings had described negotiations as a sham.

When asked on Wednesday if that was how he saw the Brexit negotiations with the EU, Cummings told Reuters: “No. I never said that.”