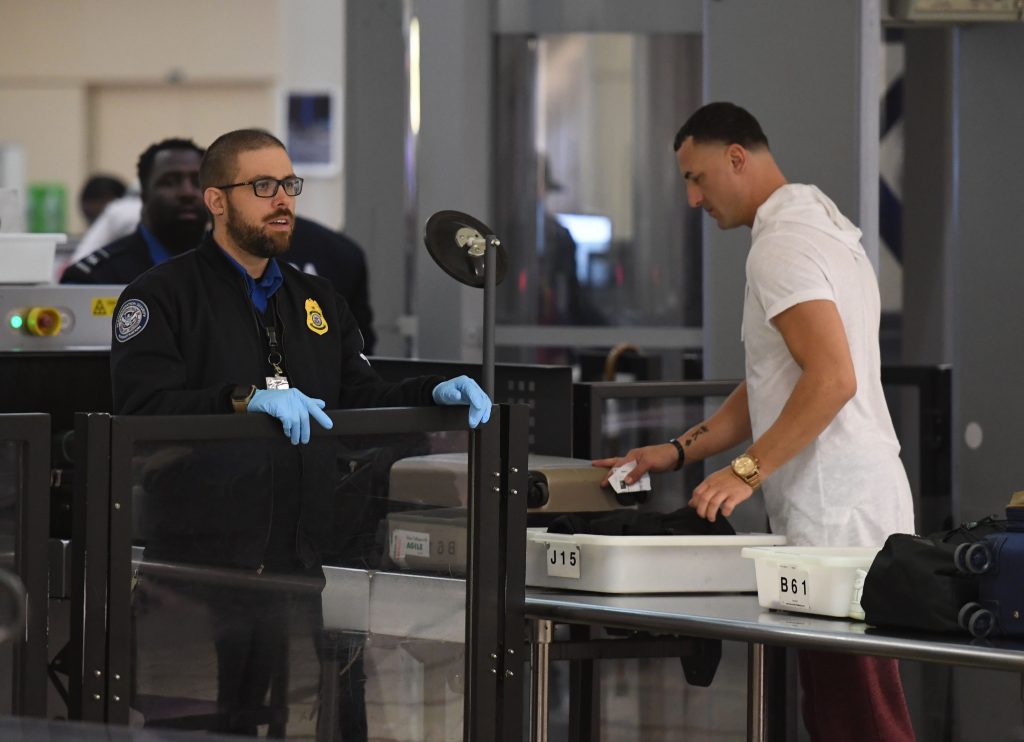 A U.S. appeals court says travelers can sue the government over mistreatment by federal airport screeners because the agents can act like law enforcement officers, including when they conduct invasive searches.

The 9-4 decision Friday by the 3rd U.S. Circuit Court of Appeals overturned earlier rulings and is a setback for the Transportation Security Administration and its screeners.

The government is generally immune from lawsuits, but a federal law lets people sue over the actions of officers who can conduct searches and arrest people.

A district court and a three-judge panel of the same appeals court said TSA officers are just screeners who inspect passengers and bags. The full appeals court said, however, that screeners aren’t entitled to immunity from lawsuits because they perform searches for violations of federal law.

The court majority noted that TSA calls the screeners officers, they wear uniforms with badges including that title, and hold positions of authority.

The judges also rejected the government’s argument that airport screening is different from a search because airline passengers consent to it. They said it’s indeed a search — noting that screeners can explore a passenger’s entire body including sensitive areas.

A Florida woman, Nadine Pellegrino, sued over a search at the Philadelphia airport in 2006, saying screeners damaged her property and falsely claimed she hit them with a bag. She was arrested but found not guilty at trial.

Pellegrino and her husband asked the TSA for $951,200 in damages. When their claim was rejected, they sued the TSA and three TSA employees.

The court said the overwhelming majority of TSA screeners do vital security work in a professional way and often without appreciation. But, the judges said, if the lower-court rulings stand it would leave travelers with no remedy even if they are assaulted, wrongfully detained or hit with fabricated charges.

The four-judge minority said the screeners should get immunity from lawsuits partly because they conduct “routine, suspicionless searches” that are now standard at airports.

The Justice Department declined to comment when asked whether it plans to appeal to the U.S. Supreme Court.