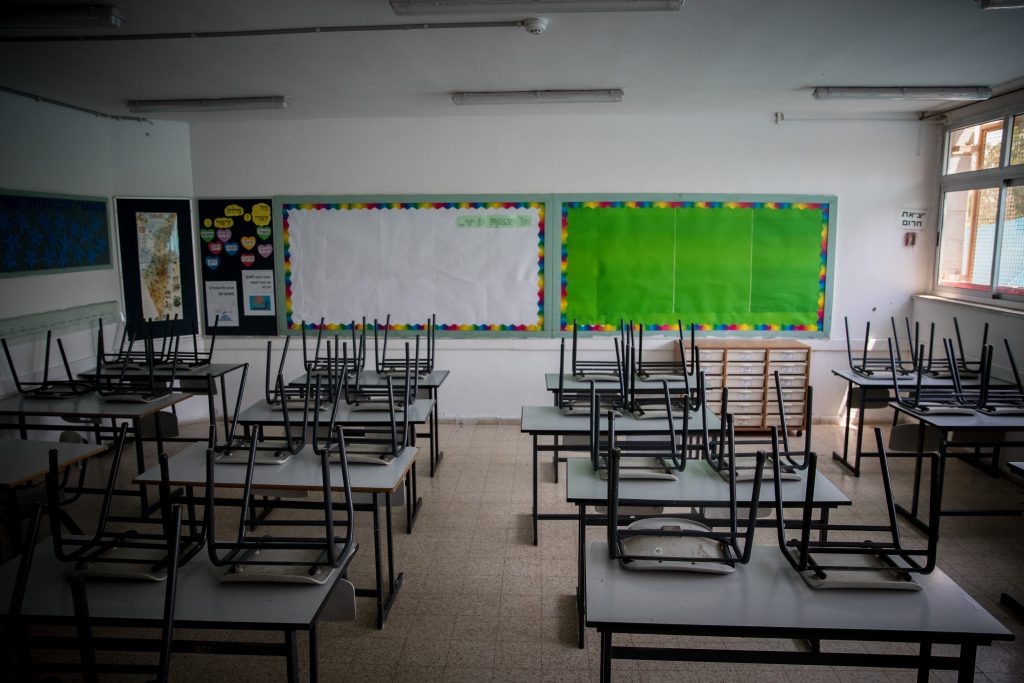 The state and union officials representing teachers will be in court Wednesday afternoon to discuss a demand by the state that injunctions be issued against a planned teachers’ strike. School starts Sunday but teacher union officials say that teachers won’t be at their desks unless their demands are met.

The demands by the various unions are not on the essentials of salary, but over several lesser issues, including the ways pensions are computed for teachers, and how sick days are deducted. Other demands include fixing up teachers’ lounges, extra payments for teachers during school trips, and reducing the paperwork they are subject to. Of greatest concern to the state are the pension and sick day issues, which Finance Ministry officials claim will cost hundreds of millions of shekels.

Part of the problem has been that making a final decision on the contract has been a challenge because of the lack of a government, and the changes in leadership at the Education Ministry. Treasury officials said that they had proposed “numerous” compromise ideas to teachers, all of which were turned down, indicating that they are more interested in striking than dealing.

Not true, said teachers. “We are positive that judges in Labor Court will not want the teachers of Israeli children to come to school bitter and angry on September 1st that they are not getting paid properly,” the Teacher’s Association, one of the striking unions, said in a statement. “We call on the prime minister to intervene immediately. A crisis in the education system on the eve of the start of the school year warrants the full attention of government leaders.”