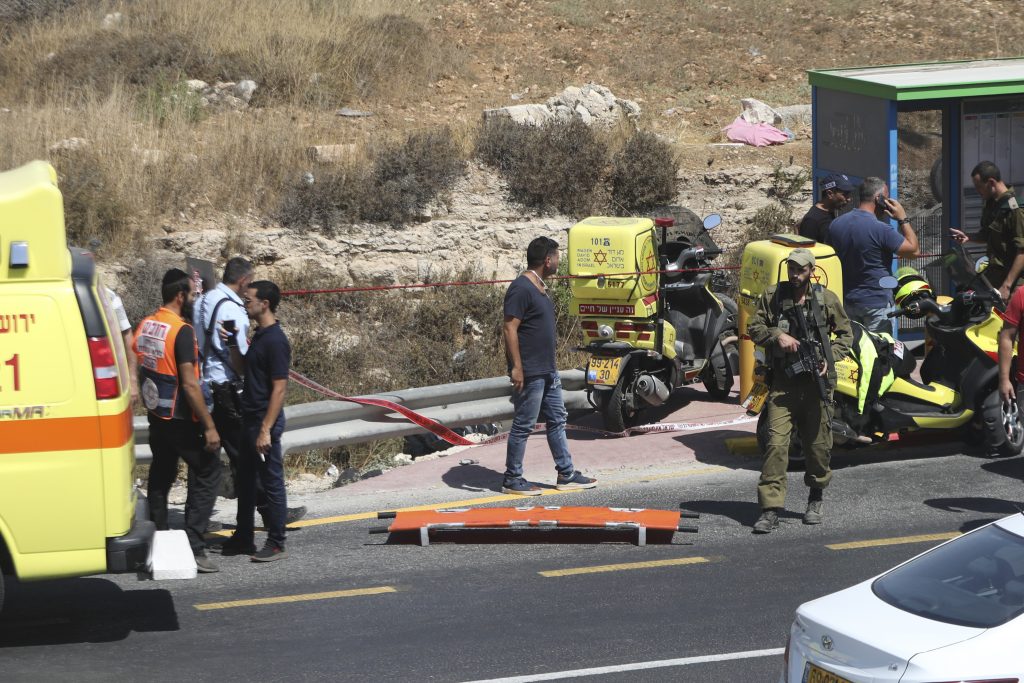 A Palestinian driver has been shot and killed after he rammed his car and injured two Israelis near Gush Etzion, the IDF said.

Magen David Adom says that a man was severely injured while a woman was moderately injured. Army radio reports the victims’ ages as 17 and 19.

The incident took place on Friday near Gush Etzion, south of Yerushalayim, not far from where the body of an off-duty soldier was found stabbed earlier this month. Israel last week arrested Palestinian suspects in the killing of the 18-year-old soldier, Dvir Sorek.

On Thursday, Israeli police killed a Palestinian teenager and seriously wounded another after the two had stabbed guards near a flashpoint Yerushalayim site.