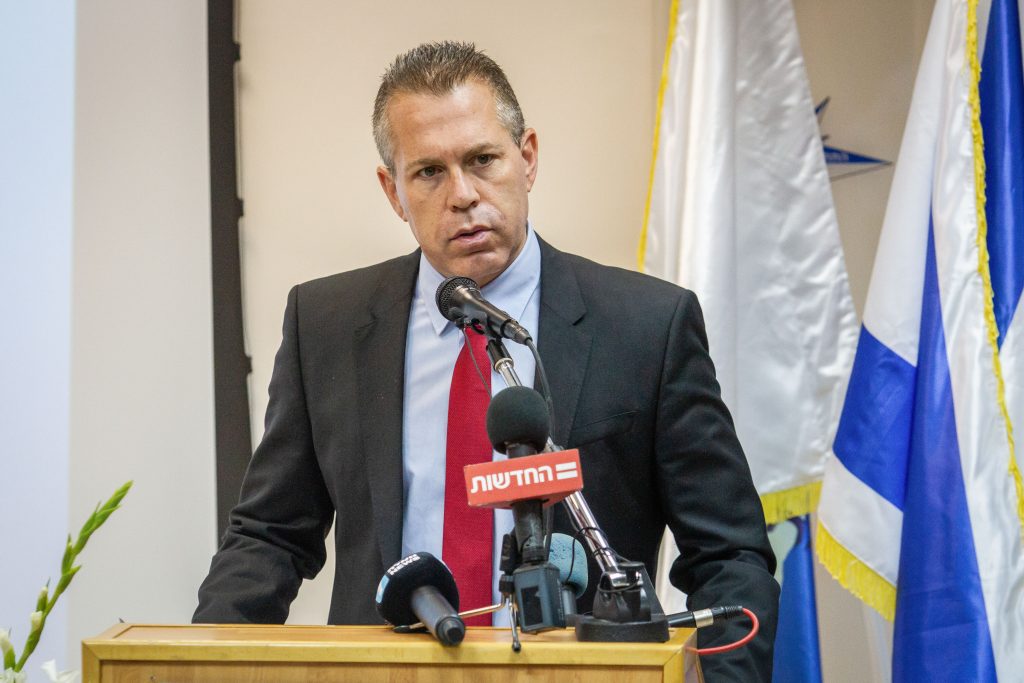 Public Security Minister Gilad Erdan revealed his reason for turning down Prime Minister Binyamin Netanyahu’s offer to be appointed Israel’s next ambassador to the United Nations.

“After considering the offer,” he wrote Wednesday on Twitter, “I’ve decided it is my duty to continue to serve as minister for public security and strategic affairs, and to remain in Israel at this vital time in order to do everything in my power to ensure the [election] victory of Likud, led by Netanyahu.”

However, sources quoted by The Jerusalem Post told a different story. According to them, it was not a Likud victory but an Erdan victory that was behind his decision.

In any event, a successor must be found for the outgoing envoy Danny Danon.

Science and Technology Minister Ofir Akunis, who replaced Danon in his last job, reportedly said recently that he’s interested in the U.N. post.

“The role has not been offered to me,” Akunis told the Post on Wednesday night. “If it will be offered, I will give it my full consideration.”