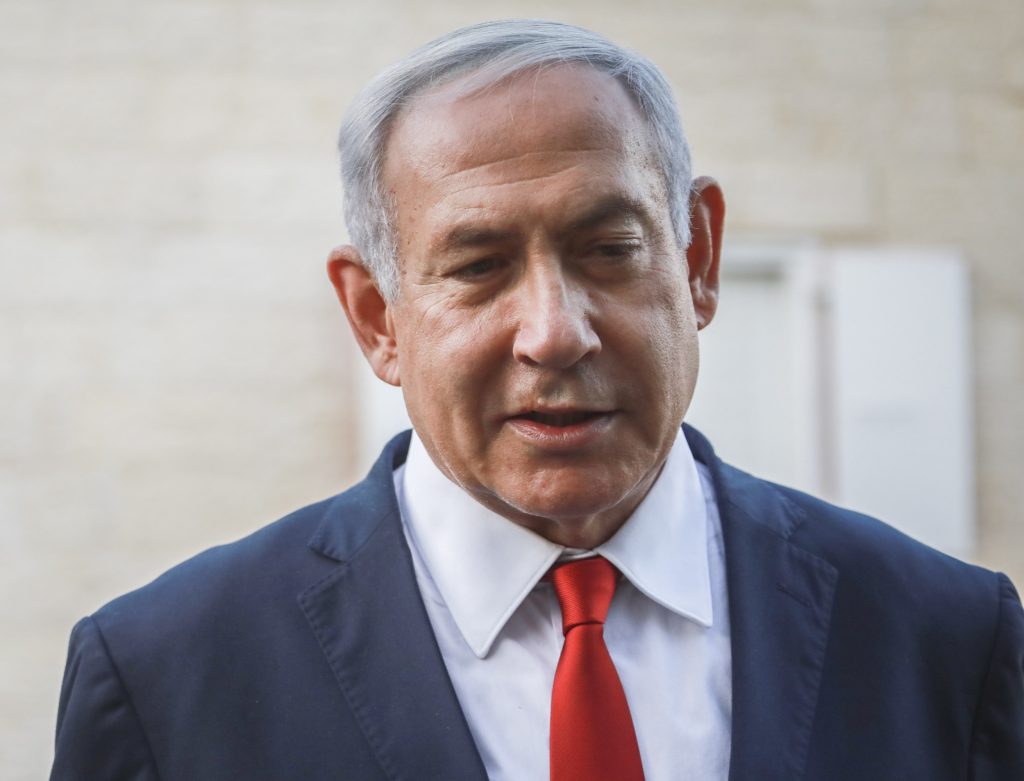 Prime Minister Binyamin Netanyahu is reportedly waging a campaign against Yamina leader Ayelet Shaked, perceiving her as a threat to his prospects for forming a coalition after the September election, according to media reports.

Netanyahu was quoted by the Kan public broadcaster on Tuesday as saying in private conversations that “She [Shaked] is the new Tzipi Livni, jumping from party to party.”

Livni, who started out in politics as a Likud member, later switched to Kadima and then formed her own party Hatnua, which merged with Labor, as she moved leftward on the political spectrum.

The prime minister briefed top Likud figures that Shaked is determined to prevent him from forming a government, and will do so if Yamina gets more than 10 seats in the September 17 vote.

Shaked has denied allegations that she won’t support Netanyahu, pointing out that Yamina, formerly United Right, has pledged to recommend the prime minister to be given the first opportunity to form a government.

Netanyahu was said to be urged on by, among others, Likud MK Gideon Sa’ar, who was heard on an audio clip on Channel 12, telling him: “Those who vote for [right-wing parties] Zehut and Otzma Yehudit are irresponsible, because they won’t pass the threshold. Those who vote for Bennett and Shaked [Yamina] vote for irresponsible candidates because they didn’t take Otzma and Zehut.”

In late July, just prior to the filing deadline for electoral lists, negotiations between Yamina (then still under the name United Right) and Zehut and Otzma Yehudit, broke down and the two small parties registered for separate runs for the Knesset. Polls indicate that neither will make the threshold, resulting in tens of thousands of votes lost to the right-wing bloc, which endangers its chances of returning to power.

In an interview with Arutz Sheva, Shaked insisted that is for a right-wing coalition, and has been mystified by Netanyahu’s hostility toward her.

“The Likud from the very beginning started campaigning against us and I don’t understand why. The effort should be to establish a Right-leaning government and increase the bloc so that we have 61 seats.”

As for the option of recommending Benny Gantz’s Blue and White party, she answers that it’s not an option.

“There are three people over there who consider themselves Right and the rest are clearly Leftists. Benny Gantz is a man of the Left and not a man of the Right.”

Former Justice Minister Shaked also refuted charges made in recent days that the ruling against the chareidi event in Afula was her fault.

“I appointed 334 judges out of 800 and 40 percent of the High Court. I see a significant change in Court rulings and in lower courts as well. Second, I transferred the authority on the gender issues from Dina Zilber to Gila Gamaliel’s office and she has the authority. I sat with the Attorney General several times and he completely agrees with me that separation is not exclusion.

“The report on which the judge based [the ruling] is a document from Tzipi Livni’s time as justice minister. This is a document the government never accepted. Allegations should be directed to Netanyahu who appointed her for the position,” Shaked said.

She went on to say that the ruling preventing separate seating for men and women was wrong, and that something that the Left should understand.

“A liberal person does not impose his way of life on another. Just as I don’t want to go to a show that’s segregated, the chareidim don’t have to go to a mixed show.

“If they do not have the opportunity to attend with separation, they won’t attend cultural events. This is great discrimination against the chareidi public not to allow them to see a cultural performance as they wish,” she said.