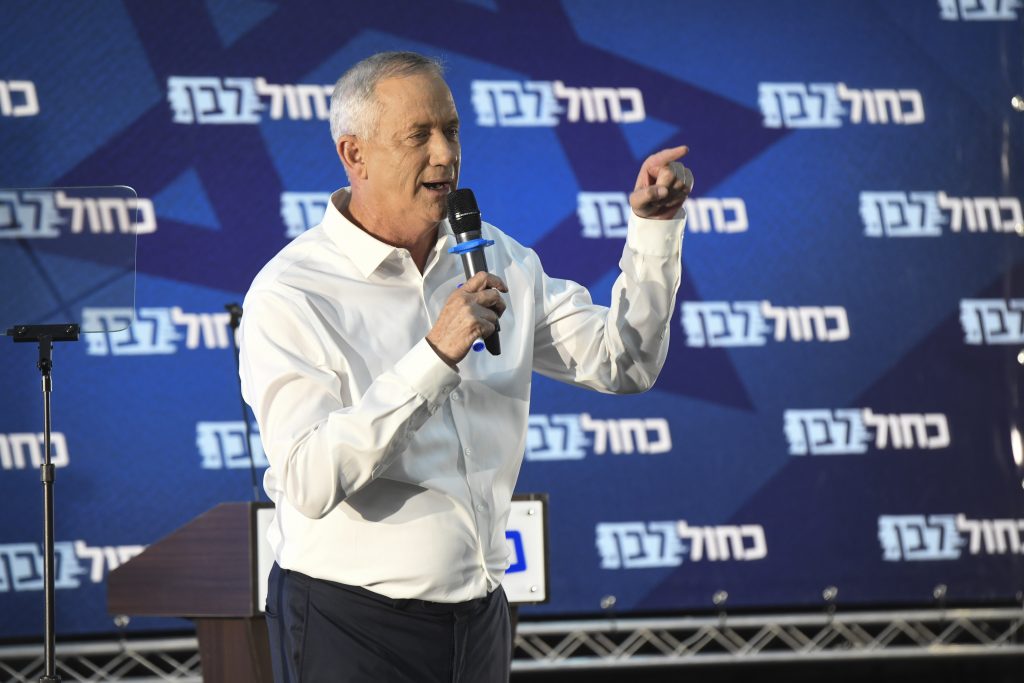 Negotiations for the day after the September elections continued on Sunday as Blue and White leader Benny Gantz spelled out the condition under which he would join a government with Prime Minister Binyamin Netanyahu.

“If Netanyahu were to offer me rotation on the position of prime minister, and I would get to go first, that was something to negotiate about,” Gantz told Ynet.

The statement represented a departure from Gantz’s oft-stated policy that he would not be part of a coaliton with PM Netanyahu.

However, Gantz said he didn’t think Netanyahu would “take the risk” of a rotation agreement, and added that Likud members had tried to persuade him to ditch Blue and White and join Likud with just his own faction, Israel Resilience.

Gantz also said that Netanyahu in May had made just such an offer.

“He wanted us to split up Blue and White and offered to bring us in under all kinds of conditions,” he said. “He offered me anything I wanted in return. But still, we stuck to our principles.”

Had PM Netanyahu “offered a rotation deal where I was prime minister first, then there would have been something to talk about,” at that time, Gantz said.

The new Democratic Camp denounced Gantz for his willingness to make a deal with Netanyahu. “Instead of looking reality in the eyes, with courage, and leading toward the change that is needed for the State of Israel and its citizens, Gantz is crawling toward a Netanyahu government that is destroying the rule of law and bringing an end to Israeli democracy,” the party said.