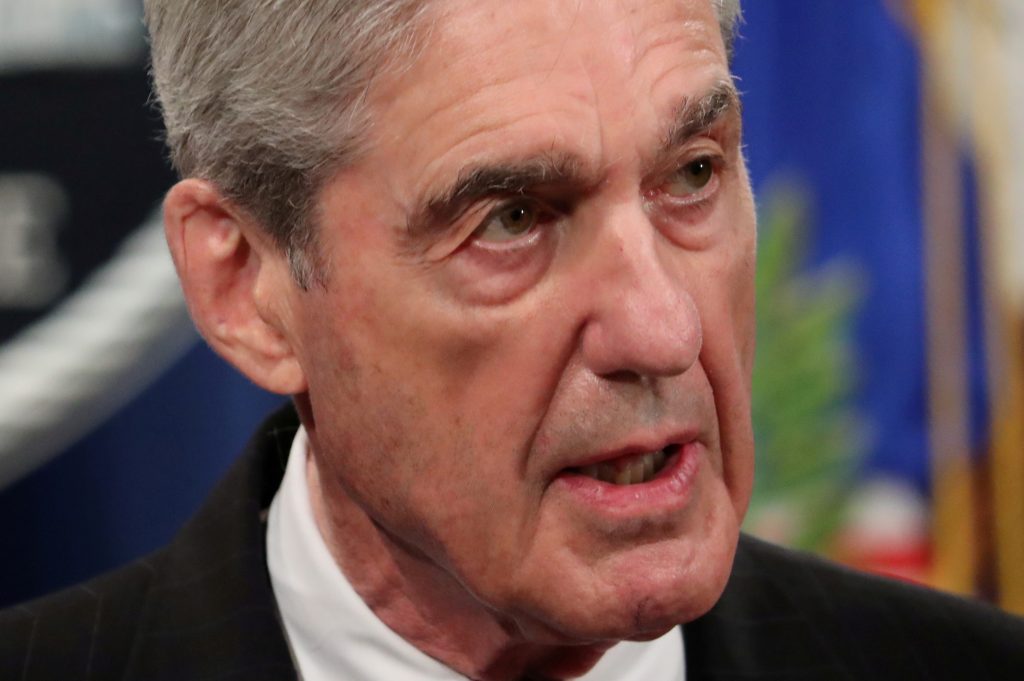 Behind the square jaw, deadeye stare and Marine Corps growl, former special counsel Robert Mueller III does have a soft spot when it comes to answering tough questions in congressional hearings.

On Wednesday, when he delivers long-awaited testimony about his investigation into President Donald Trump and Russian interference in the 2016 election, Democrats are hoping to coax from him the kind of dramatic moments that could galvanize public opinion against the president. Republicans, meanwhile, are eager to elicit testimony that shows the investigation was biased from its inception.

Those who know him best are skeptical he will meet either side’s expectations.

“For anybody hoping he’s going to provide new information or evidence against the president, I think many people will be very disappointed,” said John Pistole, who served as Mueller’s deputy for years when he was FBI director. “And then on the other side of the aisle, some may be disappointed to find out that he’s not a demagogue of the left.”

Mueller is set to appear before the House Judiciary Committee for three hours – a hearing that aims to focus on the question of whether the president obstructed justice. Mueller will also spend two hours before the House Intelligence Committee answering questions about Russia’s election interference.

The back-to-back hearings will probably be the last public word from the special prosecutor, whose two-year tenure was marked by long silences and fevered speculation about his work. Mueller’s past, particularly his congressional appearances during his 12 years as FBI director, offer a number of clues about how he will approach Wednesday’s task.

“Oh no, no, no, no, no,” answered Pistole, now the president of Anderson University, who said he often appeared in Mueller’s place at hearings. In May, Mueller gave a brief public statement in which he said he did not want to appear before Congress. “The report is my testimony,” Mueller insisted then. The House Judiciary Committee subpoenaed him anyway.

Pistole said he expects Mueller to be “as unresponsive as possible, while telling the truth. I think his first approach will be, ‘Read the report and form your own conclusions.’ He’s no longer a government employee, and he can tell them to pound sand, not that he would use those words.”

A central question for Mueller will be whether he, as a prosecutor, would have filed charges against President Trump were he not the president. Under long-standing Justice Department policy, a sitting president cannot be indicted, and Mueller’s team interpreted that to mean they could not even consider whether Trump had committed a crime. To date, he has been steadfast in refusing to offer clarity on this point – arguably the most opaque and hotly debated portion of his 448-page report.

Mueller is also likely to face questions about his interactions with Attorney General William Barr. Democrats have accused Barr of mischaracterizing Mueller’s findings in the weeks before the report’s public release – a political move, they say, that blunted its impact.

At one point, Mueller wrote to Barr complaining that the attorney general’s statements had created confusion among the public about the investigation’s results, but Barr has tried to play down the disagreement, calling Mueller’s letter “a bit snippy.”

Mueller is a veteran of congressional testimony, but past hearings were marked by his polite reticence and lawmakers’ deference to his judgment. He often would try to say as little as possible.

Privately, though, current and former law enforcement officials have expressed frustration that lawmakers are making Mueller testify at all. They contend Mueller’s work should have ended when he submitted his report. If members of Congress want to further explore the president’s conduct, those current and former officials argue, they should call the witnesses to that conduct, not the prosecutor.

Current and former law enforcement officials are wary of what they expect will be attacks on Mueller from Republicans eager to defend Trump.

Republicans have said they plan to challenge the fairness of the Mueller investigation and grill the special counsel about anti-Trump text messages exchanged between two senior FBI officials who once worked on Mueller’s team.

“This may be the first time he’s ever gone into a hearing where he’s not treated by both sides of the aisle as a credible, nonpartisan figure,” said Matthew Miller, a former Justice Department spokesman during the Obama administration. “I assume he will handle it the same way, but there is some evidence that if the Republicans treat him the way they have treated other figures from the Justice Department the last couple years, that he won’t stand for it.”