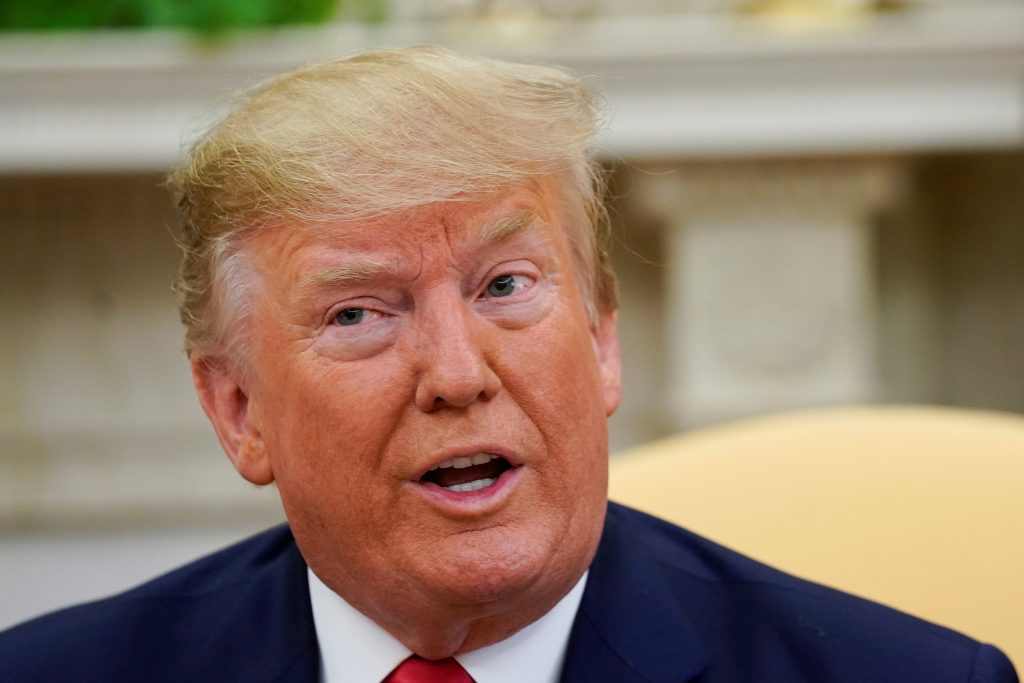 In a Twitter post Monday morning, President Donald Trump wonders when “Radical Left Congresswomen” will apologize to the “people of Israel” for their “foul language.”

In the post, Trump wrote: “When will the Radical Left Congresswomen apologize to our Country, the people of Israel and even to the Office of the President, for the foul language they have used, and the terrible things they have said. So many people are angry at them & their horrible & disgusting actions!”

The tweet was the latest in a series of posts in which Trump targeted a group of unnamed Democratic congresswoman, likely referring to Ilhan Omar (Minnesota), Rashida Tlaib (Michigan), Alexandria Ocasio-Cortez (New York) and Ayanna Pressley (Massachusetts).

On Sunday, Trump urged the “Progressive” Democrat Congresswomen to “go back and help fix the totally broken and crime-infested places from which they came.”