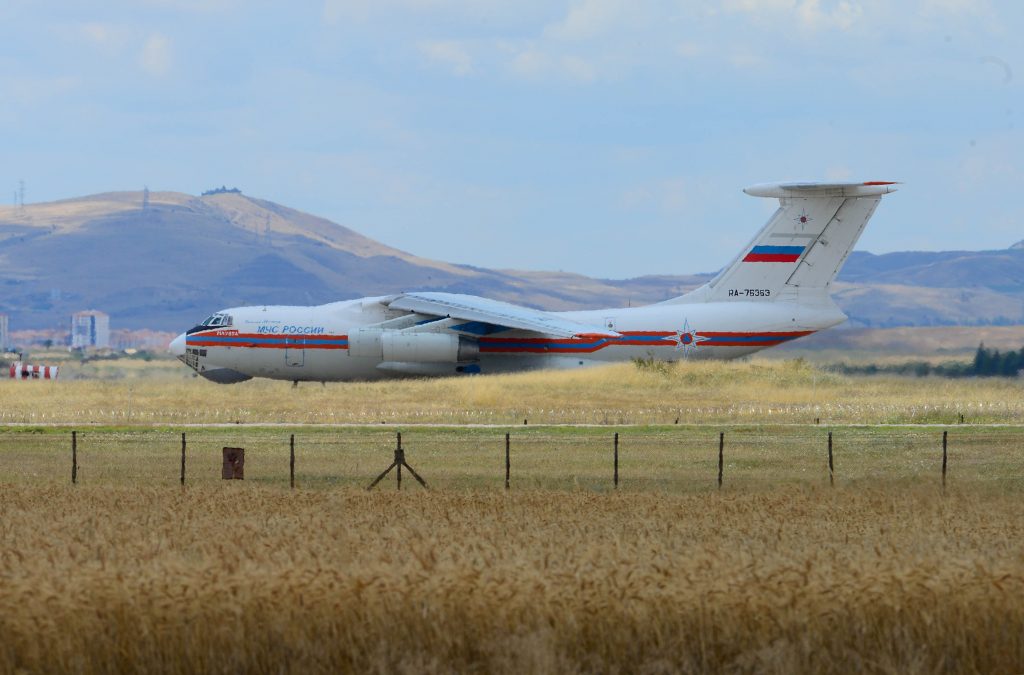 The first shipment of a Russian missile defense system has arrived in Turkey, the Turkish Defense Ministry said Friday, moving the country closer to possible U.S. sanctions and a new standoff with Washington.

A Defense Ministry statement said “the first group of equipment” of the S-400 air defense systems has reached the Murted Air Base near the capital, Ankara. The delivery of parts of the system will continue in the coming days, and authorities will decide “how it will be used” once the system is made operational, Turkey’s defense industry authority said in a statement.

The Russian Federal Service for Military Cooperation, which handles arms exports, confirmed to the state-owned RIA Novosti news agency that the first shipment to Turkey was dispatched on Friday. The S-400 will be delivered “in the agreed time frame,” the service said.

The U.S. has strongly urged NATO member Turkey to pull back from the deal — reportedly costing more than $2 billion — warning the country that it will face economic sanctions under the Countering America’s Adversaries Through Sanctions Act if it goes ahead with the purchase. It has also said Turkey won’t be allowed to participate in the program to produce high-tech F-35 fighter jets.

Although U.S. President Donald Trump expressed sympathy toward Turkey’s decision to purchase the Russian system during a meeting with Turkish President Recep Tayyip Erdogan on the sidelines of a G-20 meeting in Japan, Washington has repeatedly said that the Russian system is incompatible with NATO systems and is a threat to the F-35.

Sanctions would mark a new low in the already tense relations between Turkey and the U.S. Last year the United States imposed sanctions on Turkey over its detention of an American pastor, triggering a Turkish currency crisis.

The deal with Russia — the first such deal between Russia and a NATO member — has also raised concerns that Turkey is drifting closer to Moscow’s sphere of influence.

Turkey has refused to bow to U.S. pressure, insisting that choosing which defense equipment to purchase is a matter of national sovereignty.

“We’ve always said regarding the S400s that it’s an agreement that has been finalized and the process continues to progress,” Turkish Foreign Minister Mevlut Cavusoglu told reporters. “There’s no problem and the process will continue in a healthy way going forward.”

Turkey has said it was forced to buy the S-400s because Washington refused to supply the American-made Patriot systems to Turkey.

U.S. officials have since encouraged Turkey to buy the Patriot missile defense system instead of the S-400s. But Turkey says the offer does not meet its requirements, including possible future joint production.

The U.S. has already stopped training Turkish pilots on the F-35, and given Ankara until the end of July to get its personnel out of the U.S.

Turkey maintains that it has fulfilled all of its financial obligations concerning the F-35 program and cannot be excluded from the project.

Turkey has refused to say where it intends to deploy the S-400. Turkish media reports have said it could take until October for the system to be fully operational.