Politics OPINION: The Census Should Remain in the Hands of the President
Politics 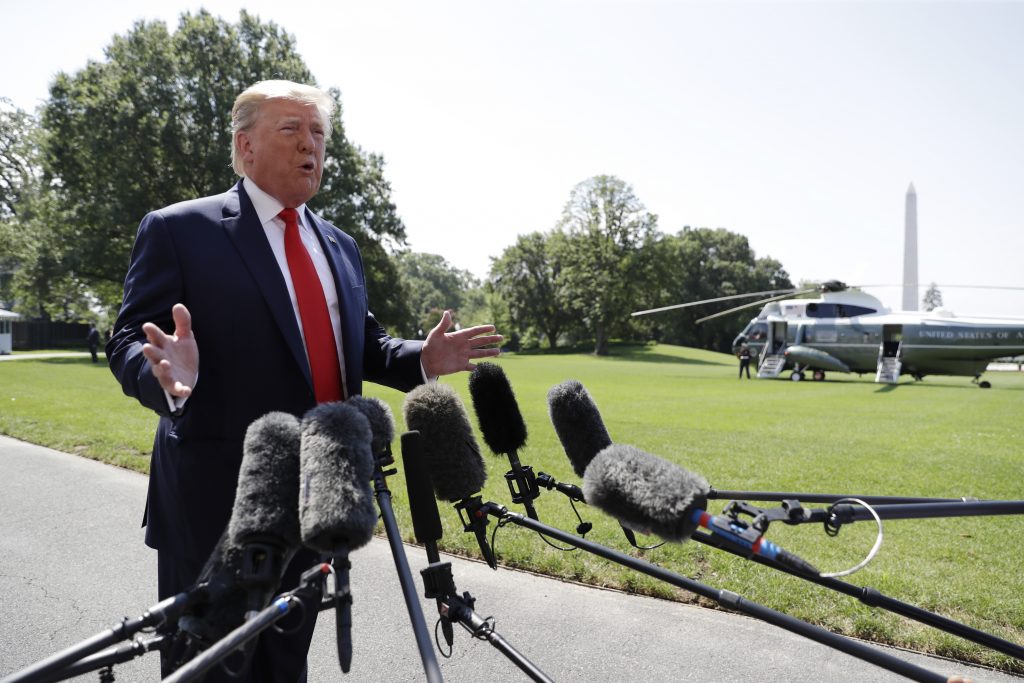 “Yes, we wrote the bill,” Speaker Nancy Pelosi, D-Calif., said in January 2009 as the Democrats rolled their “stimulus” package over GOP opposition. “Yes, we won the election,” she added.

Days later, the new president, Barack Obama, would bluntly blow off the objections of GOP House and Senate whips Eric Cantor and Jon Kyl, respectively, with the declaration: “Elections have consequences. And I won.”

These seminal early moments in the deep dig that has become the bottomless divide in American politics are recorded in the forthcoming book “American Carnage: On The Front Lines of the Republican Civil War and the Rise of President Trump,” by Tim Alberta, chief political correspondent for Politico magazine. It’s mandatory reading for anyone who genuinely desires to know how we got to this point. It’s not a shooting civil war within the GOP or within the country at large. It’s not even 1968 or remotely close to the divisions that cleaved the nation during the Vietnam War and Watergate. But it is a serious divide.

Bridging it begins with the Supreme Court and round two of the litigation over a citizenship question in the 2020 Census. The Supreme Court – not a federal district or circuit court – needs to get this one right. President Donald Trump can order any number of options be implemented, all of which would be valid instructions to the Commerce Department, and he should issue this order effective immediately but pending the review and decision of the Supreme Court. The court must keep in mind as it approaches such a decision that to effectively restrain Congress and/or the president, it must use its Article III power to check them only in large matters and during the most significant moments or risk dissipating that authority to the point of disappearance on small controversies or matters best left to the other branches of government to resolve between themselves.

If trust is going to be restored in the institutions of the government, then the Supreme Court will have to trust Trump when he, either directly or through his commerce secretary, provides the court with the administration’s reasons – and there are many valid, persuasive reasons for inclusion, some of which I detailed in a column last week – for restoring the citizenship question. Four justices already believe the question should have been left on the census. The chief justice and hopefully one or more of the four in the so-called liberal bloc should understand the stakes here. It’s much bigger than a debate about the census. It’s about the legitimacy of elections. What Pelosi and Obama so bluntly declared a decade ago has to be as true for Trump as it was for his predecessor.

The impression is growing that there is one set of rules for Democrats when they are in power and another for Republicans. The impression is also growing that the federal bench is not an umpire but a participant in U.S. politics and, like much of elite media, one clearly on the side of the Democrats. A string of decisions against the Trump administration and a flood of nationwide injunctions – rare under Obama and rarer still before him – are making the federal courts look blue.

This impression of an uneven playing field generally was fed by two years of the special counsel investigation that ended in a muddle of endless words obscuring the central fact: Not one American, much less Trump, conspired with the Russians to attack our elections in 2016. The elites discount the stunning duplicity of the Steele-dossier-supported Foreign Intelligence Surveillance Court warrants used to help initiate an FBI investigation into a presidential campaign. They avert their eyes from the staggering bias shown in texts between then-FBI employees Peter Strzok and Lisa Page. And they ignore the bizarre pattern of behavior by former FBI director James Comey.

Instead, these elites ratchet up hysteria about an alleged “authoritarian in the White House,” culminating with more claims that Trump has become a threat to democracy. His latest offense? A Fourth of July speech at the Lincoln Memorial during which he heaped deserved praise on the military.

It seems as though elites, still concussed over an election result they did not foresee and deeply resent, have coalesced into a vast machinery of opposition to Trump – a multisided attack on his legitimacy via the media and the courts. “Elections have consequences” seems to be a rule for Democrats and not for Republicans.

Restoring the census question will not resolve our political divisions, but it will begin to reduce the suspicion that the courts generally and the Supreme Court specifically is going out of its way to obstruct Trump, even though the Supreme Court correctly – in my minority view among conservatives – went out of its way to empower Obama via its ruling on the Affordable Care Act in 2012. The same set of rules and the same deference must apply to all presidents, not merely those beloved by elites.

Congress, via the Census Act, gave the commerce secretary the power to ask this question and perhaps more. Chief Justice John Roberts Jr. declared that in his controlling opinion. When the president provides his reasons for the question, the court ought to quickly leave the field as Congress, when it used the Census Act to delegate the duties of the Constitution’s enumeration clause, intended: with the census in the hands of the president.

One set of rules for both parties. The same executive powers for all administrations. Politics should be fought out in elections, not courtrooms, and the Constitution doesn’t read differently whether a Republican or a Democrat resides at 1600 Pennsylvania Ave. The Supreme Court especially must act expeditiously and with an eye on preserving its reputation and the reputation of all the courts as impartial umpires, nor participants, in political battles.