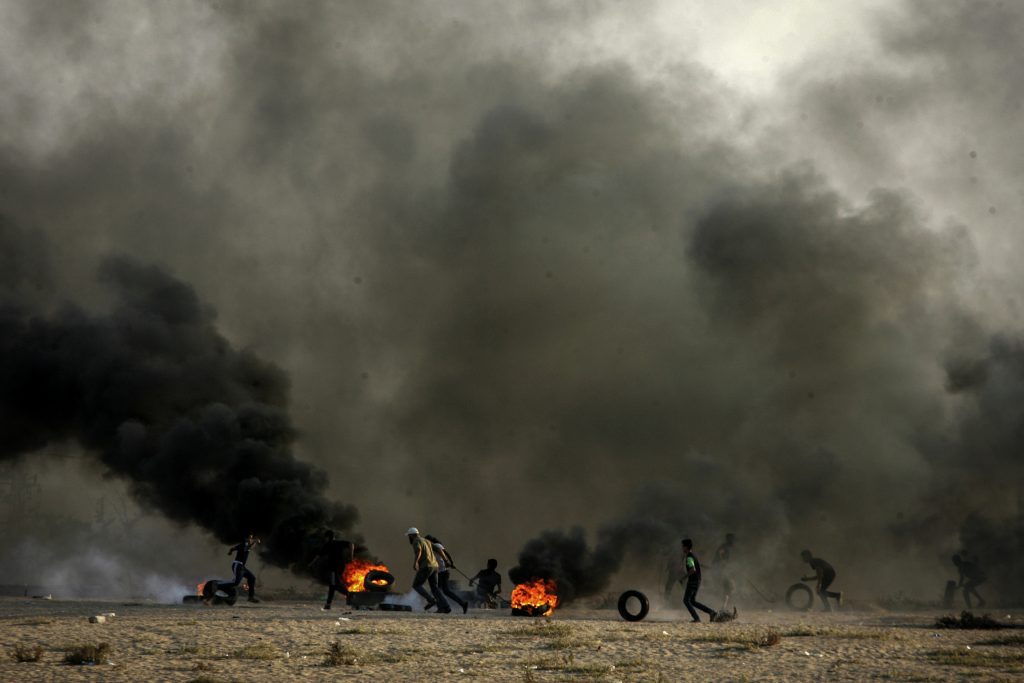 For the third night in a row, Arabs in the Issawiya neighborhood of Yerushalayim rioted, throwing rocks and explosive devices at police and Border Guard officers. Rioting also spread to several other Arab neighborhoods, after the death Thursday of Mahmad Abu Samir, an Arab who was killed in rioting. Police arrested 20 Arabs in the neighborhood on charges of rioting.

Residents blamed the rioting on the presence of police. Yediot Achronot quoted residents as saying that police had entered the mourning tent for Abu Samir, seeking suspects involved in the rioting. “The police do not leave us alone, and they are responsible for this anger. If they remain here there will be more rioting,” one resident said.

Security forces responded with tear gas and rubber bullets, attempting to put down the mob as rocks and firebombs were thrown at them. The situation was similar on Thursday, when officers decided to use live bullets when they judged that their lives were in danger. One of the bullets hit Samir, who was about to throw a large cluster of explosives at security forces. He was taken to a local hospital in critical condition, where he died of his wounds.

Security forces attempted to contain the rioters, but some of the violence spilled over outside the neighborhood, with shots fired at Jewish homes in the Shimon Hatzaddik neighborhood. The home of Yerushalayim City Council member Aryeh King was attacked, but no injuries or damage was reported.

Over the weekend, security officials said they arrested 5 wanted security suspects in other areas in Yehudah and Shomron. The suspects were wanted for participating in rioting and throwing stones and firebombs that endangered Israeli civilians and IDF soldiers. Several of the suspects were also charged with belonging to Hamas. All were being questioned on their activities by security forces.