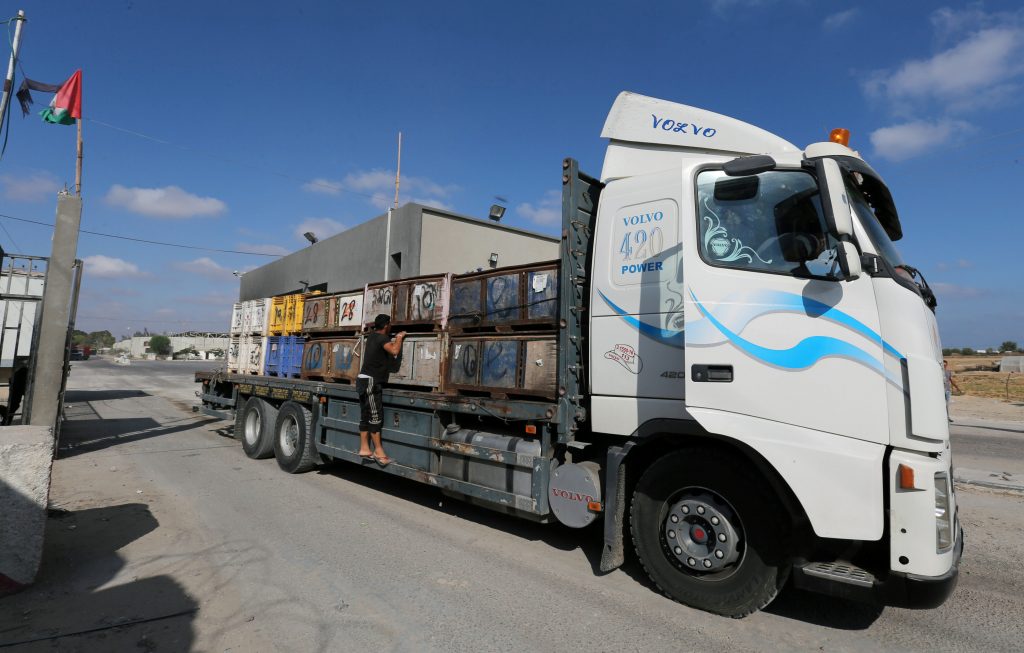 Balloon terror notwithstanding, Israel is to allow entry into Gaza of 20 tractor trailers filled with diesel fuel into Gaza Sunday morning, media reports said. The transfer is part of the “understandings” worked out last week between Israel and Hamas that were supposed to have led to a decrease in balloon terror attacks against southern Israel.

Those understandings seem not to have been accepted by Hamas, however. Balloon terror continued in full force over the weekend, with at least 15 fires reported in southern Israel due to incendiary devices attached to balloons. On Friday, one of the balloon clusters was found carrying a Hebrew-language book that was hollowed out and stuffed with explosives. Security officials estimated that the intention was for the book to detach from the balloon cluster and for it to be picked up by someone and explode.

After a week in which over 100 fires broke out due to Gaza terror balloons, United Nations sources said Friday that Israel and Hamas had reached a new round of “understandings,” Ha’aretz reported. As part of the deal, Israel will once again allow diesel fuel shipments into Gaza, and the fishing area where Gazans can sail off the coast will be expanded to 15 nautical miles. In addition, Israel will return to Gaza 20 fishing boats that have been seized in recent weeks for violating fishing limits. And, Israel has promised to refrain from using live fire when shooting at rioters on the Gaza border.

In return, Hamas has committed to attempt to restrain terrorists from dispatching terror balloons. It will also work to “soften the character” of the Friday riots at the Gaza border, the sources said. The report has not been confirmed by Israel or Hamas.

In addition to the fuel oil, Yediot Acharonot reported Sunday that Prime Minister Binyamin Netanyahu had authorized planners to begin field work on construction of a new medical center for Gaza. The medical center is being funded by a private American group, and will be located near the Erez crossing. Establishment of the center, as well, is part of the understandings between Israel and Hamas.

In the wake of the ongoing attacks, heads of local authorities and councils in the Gaza border area said they would appeal to the United Nations to demand international protection from Hamas terror, Channel 12 reported. Residents and community leaders are reportedly fed up with the lack of action by the government against the ongoing terror, and are demanding that it end. Reports Friday said that Israel had informed Hamas that if the balloon terror does not end, Israel would move militarily against Hamas.

Israel suspended shipments of diesel oil to Gaza beginning Tuesday in response to the ongoing balloon terror attacks. On Tuesday, 20 fires broke out in Israel due to the incendiary balloons dispatched by Gaza terrorists. It was the largest number of fires that broke out in one day in at least three months – until Thursday, officials said, when even more fires broke out.