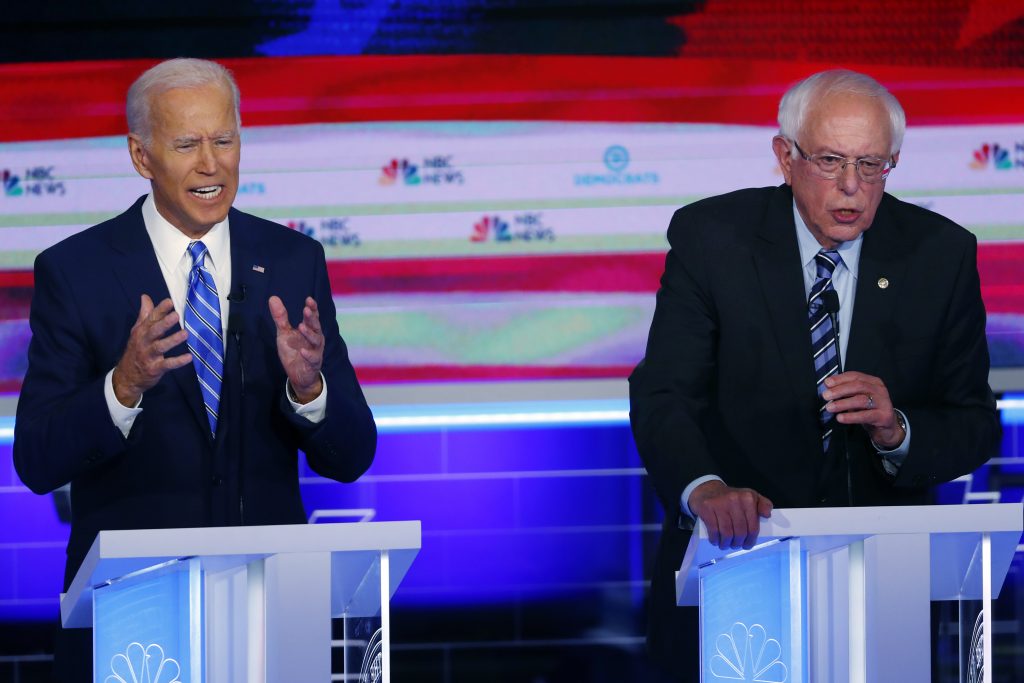 Trump became the first sitting U.S. president to step into North Korea on Sunday, drawing on his penchant for showmanship and surprise to pull off talks with Kim in the Demilitarized Zone that divides the two Koreas.

The meeting, at Trump’s last-minute invitation, drew praise from some, including Pope Francis, as a step toward peace. Critics called it a publicity stunt and said Trump wasted an important symbolic move when there has been little sign that North Korea has taken meaningful steps toward denuclearization.

A number of Democrats vying to replace Trump in the White House in the 2020 election said there was nothing wrong with talking to U.S. adversaries, including Kim. This round of talks however, they said, should have followed intense preparations and substantive progress by North Korea on the nuclear issue.

Her 2020 rival and Senate colleague Bernie Sanders did not fault Trump for meeting with Kim.

“But I don’t want it simply to be a photo opportunity, the whole world’s media was attracted there,” Sanders said. “What’s going to happen tomorrow and the next day?”

Trump has weakened the State Department at a time when Washington needs to move forward diplomatically toward peace, Sanders said.

While there is nothing wrong with talking to adversaries, Democratic candidate Julian Castro said.

Trump has raised the profile of a dictator by meeting with Kim three times now with nothing to show for it, according to Julian Castro, U.S. housing secretary under President Barack Obama, and former U.S. Representative Beto O’Rourke.

North Korea has not lived up to commitments made in previous summits with Trump and intense preparations should be have been made before the leaders met again to ensure progress, they said.

A spokesman for former Vice President Joe Biden said Trump was “coddling” dictators at the expense of U.S. national security.

North Korea launched missiles into the sea just last month, U.S. Senator Amy Klobuchar noted, showing the need for the United States to go into such talks armed with a clear mission and clear goals.

“It is not as easy as just going and bringing a hot dish over the fence to the dictator next door,” she said.