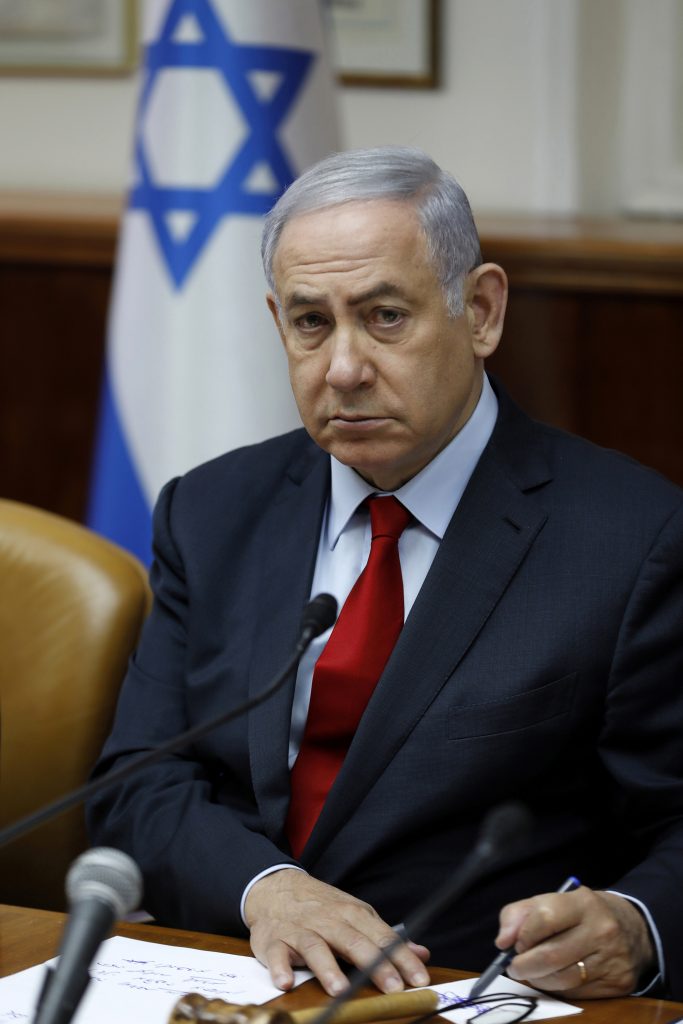 Yet another tale of coalition-making desperation surfaced on Israeli media Monday night, alleging that Prime Minister Binyamin Netanyahu offered Benny Gantz a rotation deal for the premiership in a last-minute bid to avert repeat elections.

The Likud branded the story, which was carried by the Kan public broadcaster, as a “total lie.”

But Gantz’s Blue and White party appeared to confirm it, though saying that they rejected the offer.

“These are offers by Netanyahu, who was trying to save his skin on the eve of [calling new] elections,” Blue and White commented. “We treated it with the same level of seriousness that can be attributed to other spins and promises by Netanyahu.”

In recent days, it has also been claimed that Netanyahu was considering making an invitation to Arab parties to support his coalition, which Likud also denied.

However, there seems to be no question that the prime minister did reach out to Labor party chairman Avi Gabbay with generous offers of ministerial posts and a veto over controversial right-wing legislation. Gabbay and colleagues also said no.

This latest story gave left-wing politicians an opening to assail both Netanyahu and Gantz.

Labor MK Itzik Shmuli said: “Netanyahu will do everything to escape justice, and will sell any job or national interest in exchange for a political shield from criminal indictments. We cannot cooperate with that; we must continue with full force toward replacing the leadership.”

Meretz party leader Tamar Zandberg accused Gantz of “flirting with the right,” and said that voters who want a government without Netanyahu should support true left-wing parties rather than the center-left Blue and White.