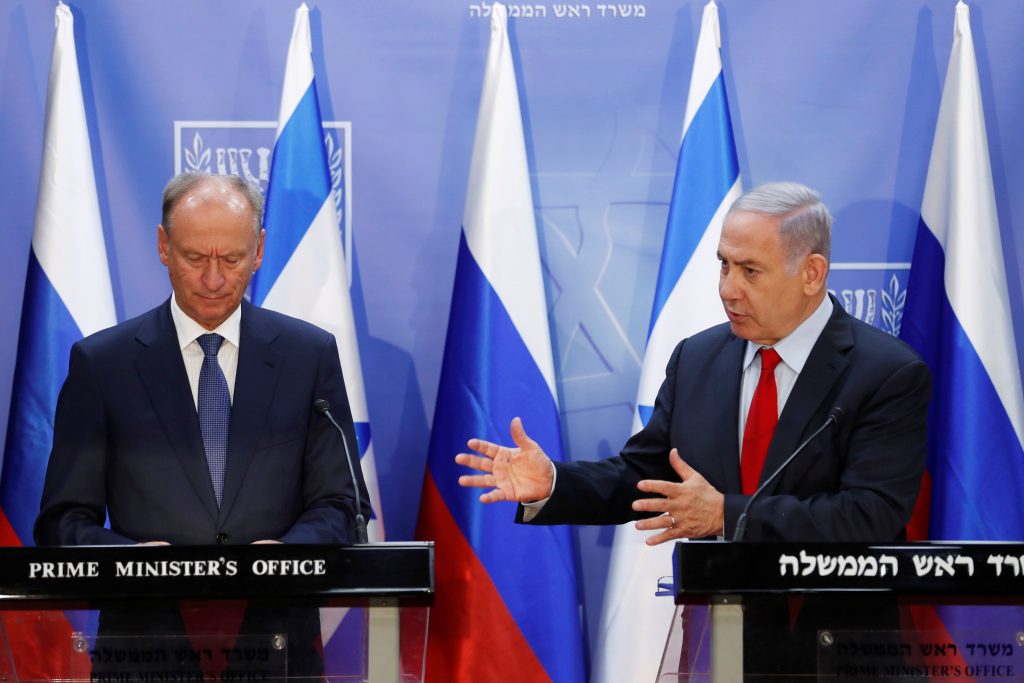 “We pay special attention to Israel’s security,” said Patrushev. He said that the meeting on Tuesday will focus on resolving the crisis in neighboring Syria to ensure Israel’s safety.

Netanyahu told Patrushev that Israel will not allow Iran to entrench militarily in Syria or obtain nuclear weapons.

Earlier Monday, Netanyahu said at the begining of the Cabinet meeting that “the fact that this summit is being held here in Israel is additional testimony to Israel’s unique standing among the nations at this time.

“Therefore, our being there is a fundamental component of security and stability in our region. I gained the impression that Adviser Bolton agrees with me.

“Tomorrow I’ll lead the trilateral summit. We’ll deal with Iran, as well as Syria and other issues that impede the achieving of peace and stability in our region, which it needs very much.”

Meanwhile, President Donald Trump on Monday defined U.S. aims regarding Iran as “No Nuclear Weapons and No Further Sponsoring of Terror.”

In a tweet, Trump wrote, “The U.S. request for Iran is very simple – No Nuclear Weapons and No Further Sponsoring of Terror!”