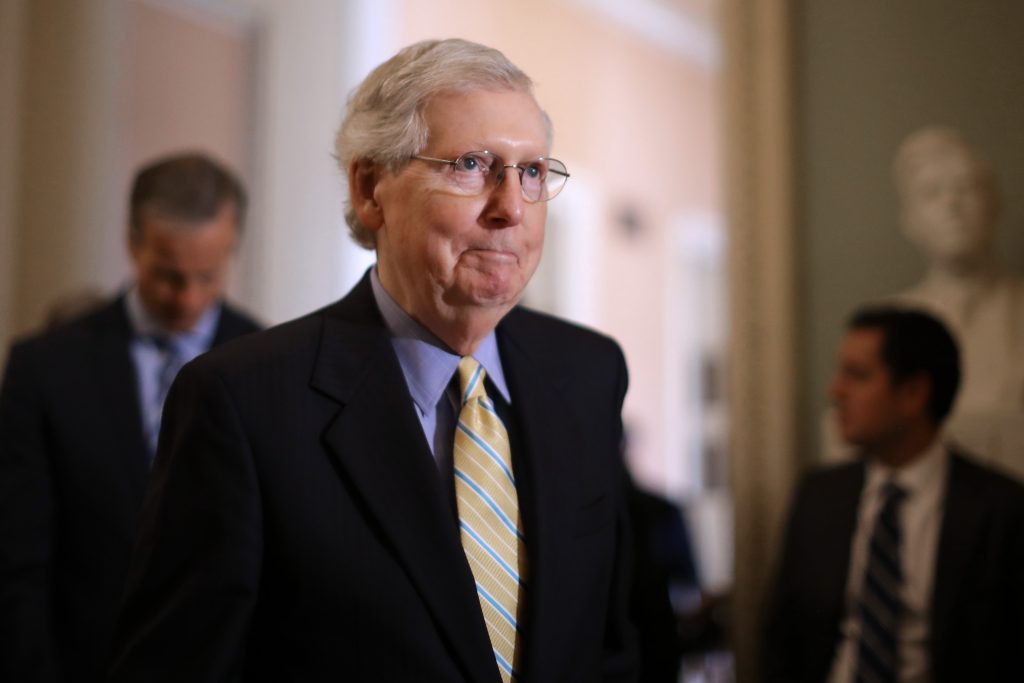 Senate Majority Leader Mitch McConnell is meeting this week with Sept. 11 first responders following withering criticism from Jon Stewart that Congress had failed to ensure that a victims’ compensation fund never runs out of money.

The meeting comes as Stewart has blistered McConnell and other congressional leaders for what he calls a lack of urgency to replenish the victims’ fund, which was set up after the 2001 terrorist attacks in New York and Washington.

The $7 billion fund is being depleted and has cut benefit payments by up to 70 percent. A bill pending in Congress would ensure the fund can pay benefits for 70 years.

Stewart mocked McConnell on CBS last week, accusing the GOP leader of slow-walking the legislation and using it as a political pawn to get other things done.

Stewart also scolded lawmakers who did not show up at a public hearing this month even as “sick and dying” first responders and their families came to Washington to testify in favor of the bill.

McConnell said last week that the issue will be addressed and that he does not know why Stewart was “all bent out of shape.”

Feal said in an interview Monday that the meeting with McConnell was long planned but that Stewart’s advocacy has raised the profile of first responders still suffering from respiratory ailments and other illnesses related to the attacks.

“We are going to challenge the Senate majority leader’s humanity,” Feal said.

Feal, who lost part of his left foot in an accident during recovery work at the World Trade Center site, said Stewart “put our 18 years of pain and suffering” in public view at a House hearing June 11. He said first responders hope to share similar stories Tuesday as they meet with McConnell.

A spokesman for McConnell declined to comment, but President Donald Trump said he was “very impressed” by Stewart’s remarks.

“I liked what Jon Stewart did,” Trump said in an interview Sunday on NBC’s “Meet the Press.” Trump said he has a meeting on the subject this week and “we’ll see what happens.”

The collapse of the World Trade Center in September 2001 sent a cloud of thick dust billowing over lower Manhattan. Fires burned for weeks. Thousands of construction workers, police officers, firefighters and others spent time working in the soot, often without proper respiratory protection.

In the years since, many have seen their health decline, some with respiratory or digestive-system ailments that appeared almost immediately, others with illnesses that developed as they aged, including cancer.

More than 40,000 people have applied to the September 11th Victim Compensation Fund, which covers illnesses potentially related to being at the World Trade Center site, at the Pentagon or in Shanksville, Pennsylvania, after the attacks. The fund has awarded more than $5 billion in benefits, but about 21,000 claims remain pending.

The Justice Department said in February that the fund is being depleted and that benefit payments are being cut by up to 70 percent.

The bill to replenish the fund must pass the House first. Majority Democrats have promised a vote before their August recess.