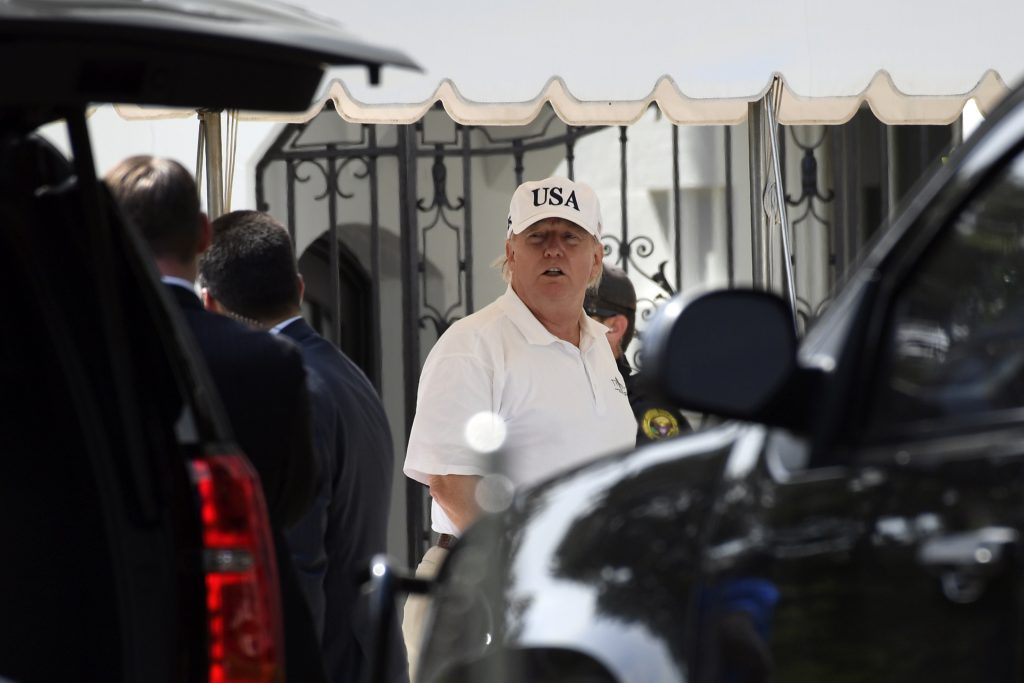 President Donald Trump has lashed out at The New York Times, saying it engaged in a “virtual act of treason” for a story that said the U.S. was ramping up its cyber intrusions into Russia’s power grid.

The Times reported on Saturday that the U.S. has bored into Russian utility systems in an escalating campaign meant to deter future cyberactivity by Russia. It comes as the U.S. looks for new ways to punish Russia’s meddling in the 2016 presidential election and prevent a recurrence.

The Times, in its official public relations account, called President Trump’s accusation “dangerous” and said it had told officials about the story before it was published, and no security issues were raised.

The newspaper, basing its reports on three months of interviews with current and former government officials, said this campaign was conducted under new cyber authorities granted by Trump and Congress. But it also reported that two administration officials believed the president had not been briefed in detail, fearing he might countermand the action against Russia or reveal sensitive information to foreign officials.

In a pair of tweets sent Saturday night, Trump asserted the story wasn’t true and denounced reporters as “cowards.”

“Do you believe that the Failing New York Times just did a story stating that the United States is substantially increasing Cyber Attacks on Russia. This is a virtual act of Treason by a once great paper so desperate for a story, any story, even if bad for our Country,” he wrote.

The story reported the deployment of American computer code into Russia’s grid and other targets to act as a deterrent. The newspaper also said the U.S. Cyber Command, part of the Department of Defense, has explored the possibility that Russia might try to initiate selective blackouts in key states to disrupt the 2020 election.

In a second tweet, President Trump added about the story: “ALSO, NOT TRUE! Anything goes with our Corrupt News Media today. They will do, or say, whatever it takes, with not even the slightest thought of consequence! These are true cowards and without doubt, THE ENEMY OF THE PEOPLE!”

The New York Times’ response also noted that the paper described the article to government officials before publication. “As our story notes, President Trump’s own national security officials said there were no concerns.”

The paper said there was no evidence the U.S. had actually activated the cyber tools.