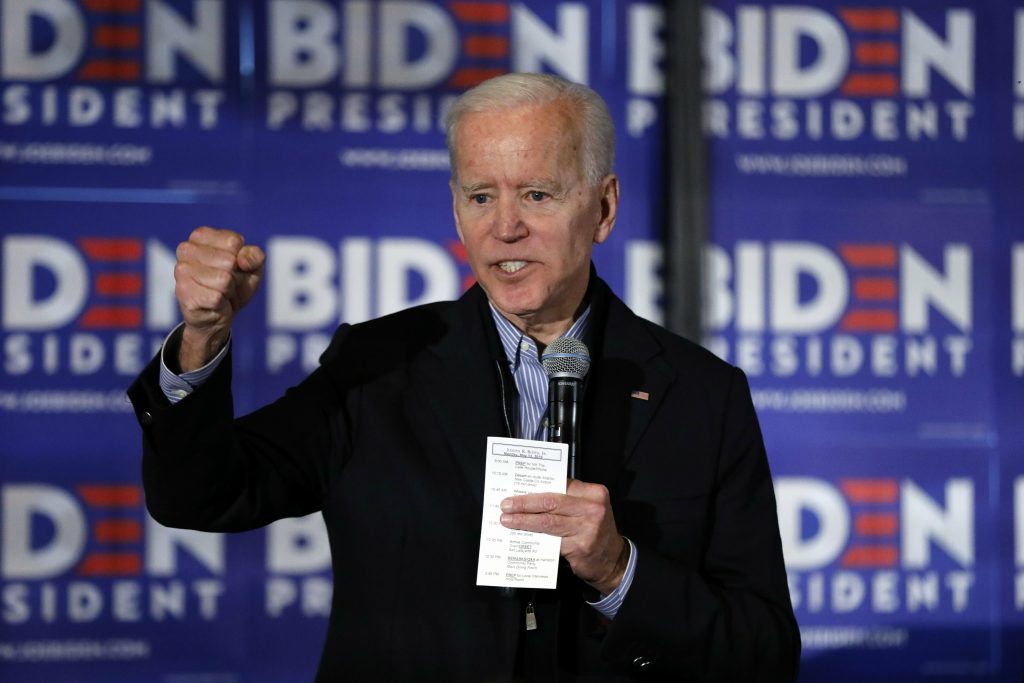 “That 1994 crime bill, it did contribute to mass incarceration in our country. It encouraged and was the first time that we had a federal three strikes law,” Harris, a senator from California, said while campaigning in New Hampshire. “It funded the building of more prisons in the states. So I disagree, sadly.”

Biden, then a senator from Delaware, helped write the legislation, which was seen at the time as a tool to crack down on crime but has since been derided as needlessly leading to the jailing of a generation of people of color. The bill could emerge as a key vulnerability for the former vice president as he works to appeal to both working class white voters and more diverse progressives.

As a former district attorney and California attorney general, Harris has also faced scrutiny among some progressives for her ties to law enforcement.

Despite her disagreement with Biden on the crime bill, she warmly welcomed him to the presidential race, which now features 22 Democrats vying for the chance to take on President Donald Trump next year. With Biden emerging as an early front-runner, Harris has faced questions about whether she would be his running mate.

On Wednesday, she turned the issue around.

“If people want to speculate about running mates, I encourage that,” Harris said. “Because I think that Joe Biden would be a great running mate. As vice president, he’s proven that he knows how to do the job.”

In an interview with The Associated Press on Monday, Biden praised the Democratic field but didn’t commit to picking a woman as his vice president. At the same time, he didn’t rule out taking a position in a future Democratic administration if he doesn’t win the nomination in 2020.