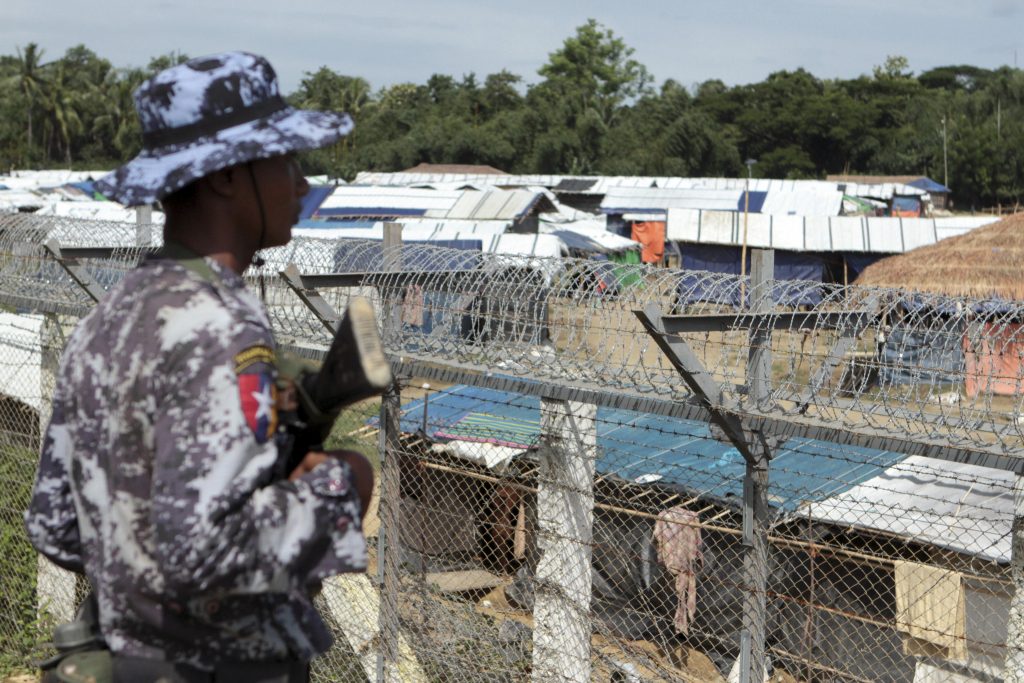 A United Nations fact-finding mission is urging that countries cut off all business with Myanmar’s military as part of efforts to hold the army accountable for human rights abuses.

The U.N. Human Rights Council said in a statement on Tuesday that there has been no progress toward resolving the crisis over Myanmar’s mostly Muslim Rohingya minority, more than 1 million of whom have fled military “clearance operations” in the northwest Rakhine region.

“The situation is at a total standstill,” said Marzuki Darusman, chairman of the Fact-Finding Mission on Myanmar.

Myanmar authorities have razed deserted Rohingya villages and those remaining in the country live in displacement camps and in fear of further military reprisals.

“Due to the gravity of the past and continuing violations, attention must be given to the political, economic and financial ties of the Myanmar military — to identify who and what should be targeted so we can cut off the money supply as a means of increasing the pressure and reducing the violence,” Christopher Sidoti, a member of the mission said in the statement.

The mission found that the military have committed atrocities against many ethnic groups living within Myanmar. It also faulted armed ethnic groups for committing human rights abuses.

Myanmar denies allegations of human rights violations, saying its security forces have not targeted civilians and have taken action only in response to attacks by Rohingya terrorists.

U.N. officials and others have likened the actions to ethnic cleansing, or even genocide.

The Fact-Finding Mission is to hand its findings to a new group of the Human Right Council, the Independent Investigative Mechanism on Myanmar, in September. That organization was set up to handle criminal prosecution of violations of international law.

The crisis in Rahkine has soured Myanmar’s relations with the United States, which had rolled back economic sanctions over the past decade to support political change in the country as it transitioned toward democracy.

The U.S. Treasury has imposed sanctions on Myanmar security forces and Washington has barred Myanmar military officials involved in the Rakhine operations from receiving U.S. assistance.

Britain has also cut some support. The U.N. and independent rights advocates want governments to do more to hold the military accountable.