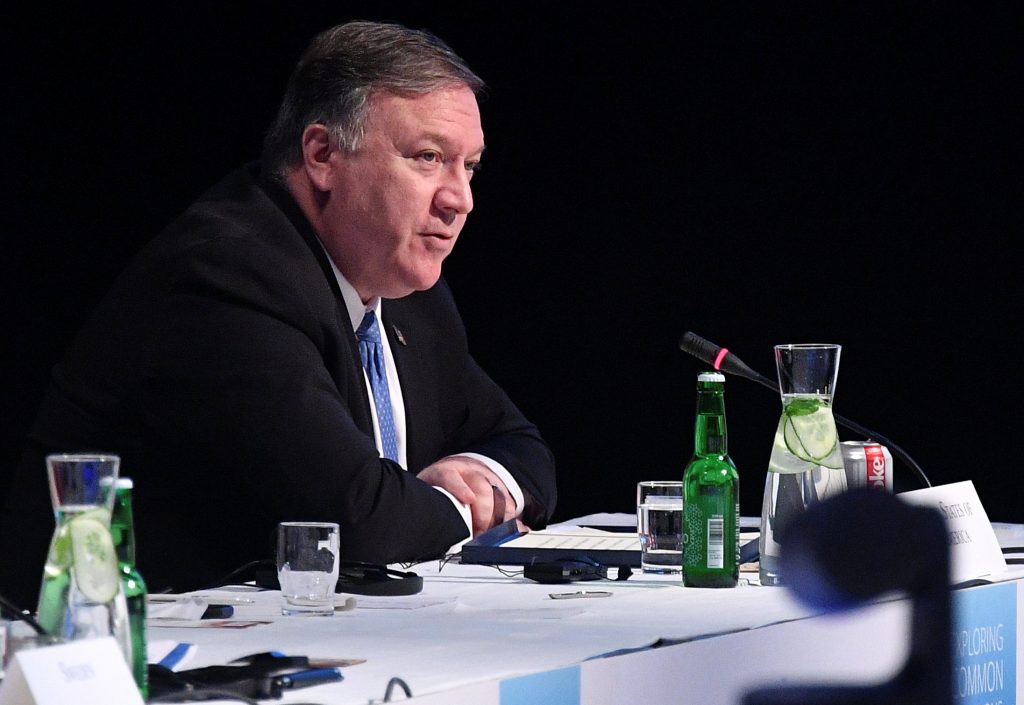 Secretary of State Mike Pompeo shared information on “escalating” threats from Iran with European allies and NATO officials during meetings in Brussels on Monday, the U.S. special representative for Iran said.

“Iran is an escalating threat and this seemed like a timely visit on his way to Sochi,” Brian Hook told reporters, referring to Pompeo’s planned visit to Russia on Tuesday for meetings with Russian President Vladimir Putin and Foreign Minister Sergei Lavrov.

Pompeo canceled a visit to Moscow on Monday and stopped in Brussels instead, en route to Sochi.

“The secretary wanted to share some details behind what we have been saying publicly,” Hook said. “We believe that Iran should try talks instead of threats. They have chosen poorly by focusing on threats.”

Hook said Pompeo, while in Brussels, also discussed reported attacks on several oil tankers off the coast of the United Arab Emirates.

Asked if Pompeo was blaming Iran for the attacks, Hook said: “We discussed … what seemed to be attacks on commercial vessels that were anchored off Fujairah … we have been requested by the UAE to provide assistance in the investigation, which we are very glad to do.”

Asked if he himself believed there was the possibility of an Iranian role, Hook had no comment.

The UAE said on Sunday that four commercial vessels were sabotaged near Fujairah emirate, one of the world’s largest bunkering hubs lying just outside the Strait of Hormuz. It did not describe the nature of the attack or say who was behind it.

Saudi Arabia said Monday that two of its oil tankers were among those attacked and described it as an attempt to undermine the security of crude supplies amid tensions between the United States and Iran.