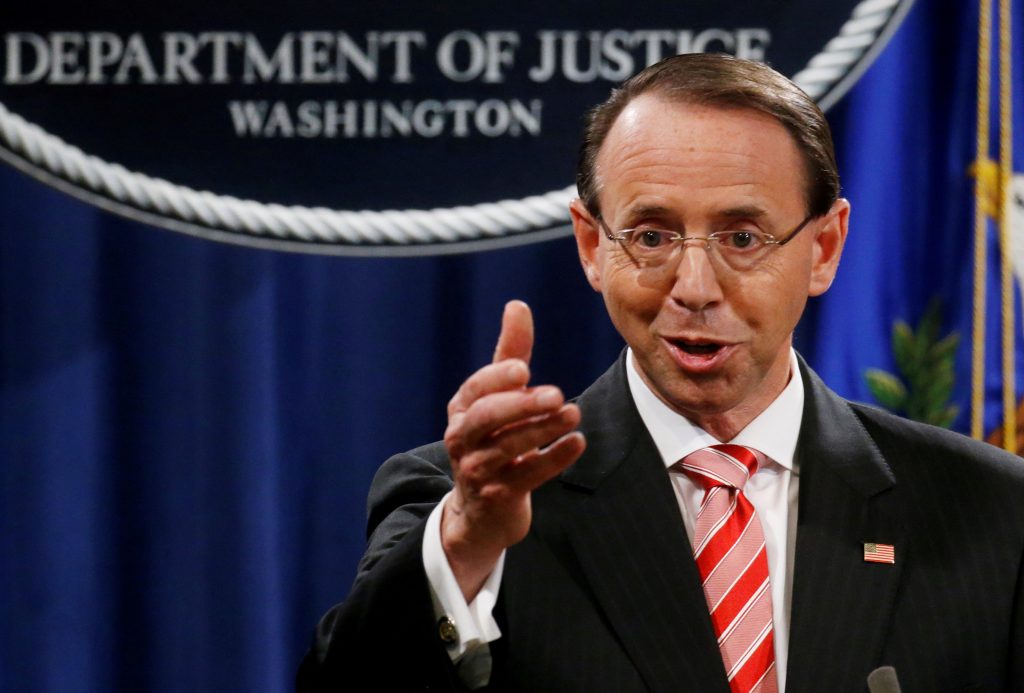 Deputy Attorney General Rod Rosenstein, whose tumultuous two years as the second-highest law enforcement official in the government was marked by battles over the special counsel probe of President Donald Trump, submitted a resignation letter Monday indicating he will leave the job in two weeks.

Rosenstein’s departure had been expected since the beginning of the year, but the date was repeatedly pushed back as special counsel Robert Mueller wound down his investigation and compiled a report detailing his findings.

Since his first days on the job, Rosenstein’s role in the Trump administration has been controversial, from the firing of then-FBI Director James Comey in May 2017 to the conclusion reached by Rosenstein and Attorney General William Barr that the president had not committed obstruction of justice.

In his resignation letter to Trump, Rosenstein praised the president for his personal charm and policy goals.

“As I submit my resignation effective on May 11, I am grateful to you for the opportunity to serve; for the courtesy and humor you often display in our personal conversations; and for the goals you set in your inaugural address: patriotism, unity, safety, education, and prosperity, because ‘a nation exists to serve its citizens’,” Rosenstein wrote.