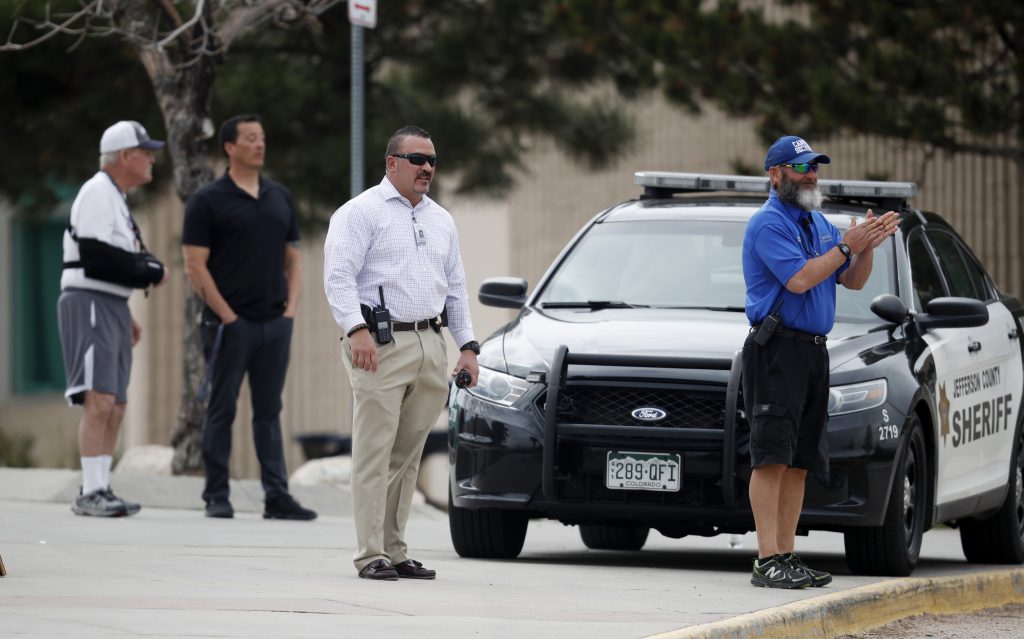 Education officials say Denver-area public schools will be closed Wednesday due to an ongoing safety concern as authorities search for a woman who they say is armed, making threats and “infatuated” with the Columbine High School shooting.

Authorities say 18-year-old Sol Pais made undisclosed threats that prompted Columbine and more than 20 other schools outside Denver to lock their doors for nearly three hours Tuesday afternoon.

Denver Public Schools said all facilities and programs will be closed Wednesday, and there will be no afternoon activities or athletic competitions.

The district said the decision to close campuses was in collaboration with other Denver metro-area school districts.

The Jefferson County Sheriff’s Office and the FBI say Pais traveled to Colorado from Miami on Monday night and bought a pump-action shotgun and ammunition.

Schools in the Denver area are on heightened alert after authorities say a woman who is “infatuated” with the 1999 shooting at Columbine High School made threats just days before the 20th anniversary of the attack that killed 13 people.

Police who might come into contact with her were told to detain her and evaluate her mental health.

Kacey Ruegsegger Johnson, a Columbine shooting survivor and today the mother of four, says the emotional toll of the shooting that killed 12 classmates and a teacher has been amplified by fears about her own children’s safety, spiking each time yet another shooter enters yet another school.

“I’m grateful I have the chance to be a mom. I know some of my classmates weren’t given that opportunity,” Ruegsegger Johnson said, tears springing to her eyes. “There are parts of the world I wish our kids never had to know about. I wish that there would never be a day I had to tell them the things I’ve been through.”

As the survivors of Columbine entered adulthood, they watched the attacks at their school and so many others — Virginia Tech, Sandy Hook, Parkland — alter the American classroom.

Drills teaching students to “lock down” inside classrooms became routine. Schools formed teams to assess threats, particularly from students. Security firms forged a multi-billion-dollar industry, introducing surveillance video, panic buttons and upgraded doors and locks. And police changed their strategies for responding to a gunman intent only on killing.

Some of the Columbine survivors find comfort in students being shielded by high fences or locked doors. Others find themselves frustrated by the ready acceptance of active-shooter drills in schools.

Austin Eubanks, who survived being shot in the Columbine library, is among those who doesn’t fear the schools his sons, ages 13 and nine, attend.

Instead, he laments that active-shooter drills, video surveillance and armed guards are all too routine for them — as natural as a tornado drill was for him growing up in Oklahoma.

“We are so unwilling to actually make meaningful progress on eradicating the issue,” said Eubanks, who remains scarred by watching his best friend die. “So we’re just going to focus on teaching kids to hide better, regardless of the emotional impact that that bears on their life. To me, that’s pretty sad.”