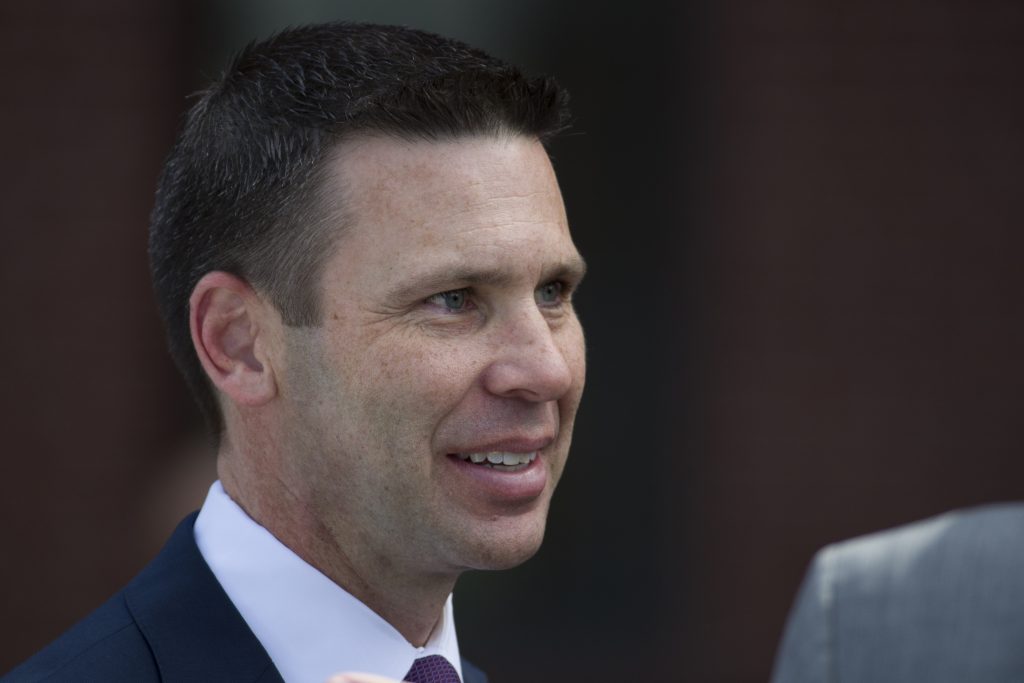 The House Judiciary Committee on Tuesday opened a probe into reports that President Donald Trump told one of his acting Cabinet heads to break immigration law and vowed to pardon him if he faced legal consequences for doing so.

Rep. Jerrold Nadler, D-N.Y., chairman of the panel, and Rep. Steve Cohen, D-Tenn., the chairman for the subcommittee on constitutional matters, asked acting Department Homeland Security Secretary Kevin McAleenan to testify before Congress and provide the names of all DHS employees who were in the room when Trump allegedly asked him and other agents to break asylum laws and block asylum seekers from entering the United States.

At the time, McAleenan led U.S. Customs and Border Protection.

“These allegations, if true, would represent a grave breach of duties of the president,” the two Democrats wrote. “Congress has an independent constitutional duty to provide oversight of the administration of government by the executive branch.”

The request follows reports by CNN and The New York Times that Trump told McAleenan to stop allowing migrants to claim asylum at the U.S. border; the president then allegedly promised he would pardon McAleenan, should he find himself in legal jeopardy for breaking the law. It was unclear how serious Trump was, according to the reports.

The Washington Post was not able to independently confirm these two reports.

The Judiciary panel has been investigating whether Trump has abused his power and engaged in public corruption. The chairmen suggested in their Tuesday letter that the reported allegations fall squarely into their probe, following what they called “a troubling pattern of conduct that has emerged over the past two years that appears to demonstrate that President Trump views the pardon power as a political tool, or even worse, as an expedient mechanism for circumventing the law or avoiding the consequences of his conduct.”

While the two Democrats went on to acknowledge the vast expanse of the president’s pardon power, they argued that under the Constitution, the president is required to “take care that the laws be faithfully executed.”

“A corrupt pardon offer would violate the Constitution’s command that the president ‘faithful’ execute the law,” the Democrats wrote. “Offering a pardon to encourage an office of the U.S. government to undertake an illegal action appears on its face to be an unconstitutional abuse of power.”