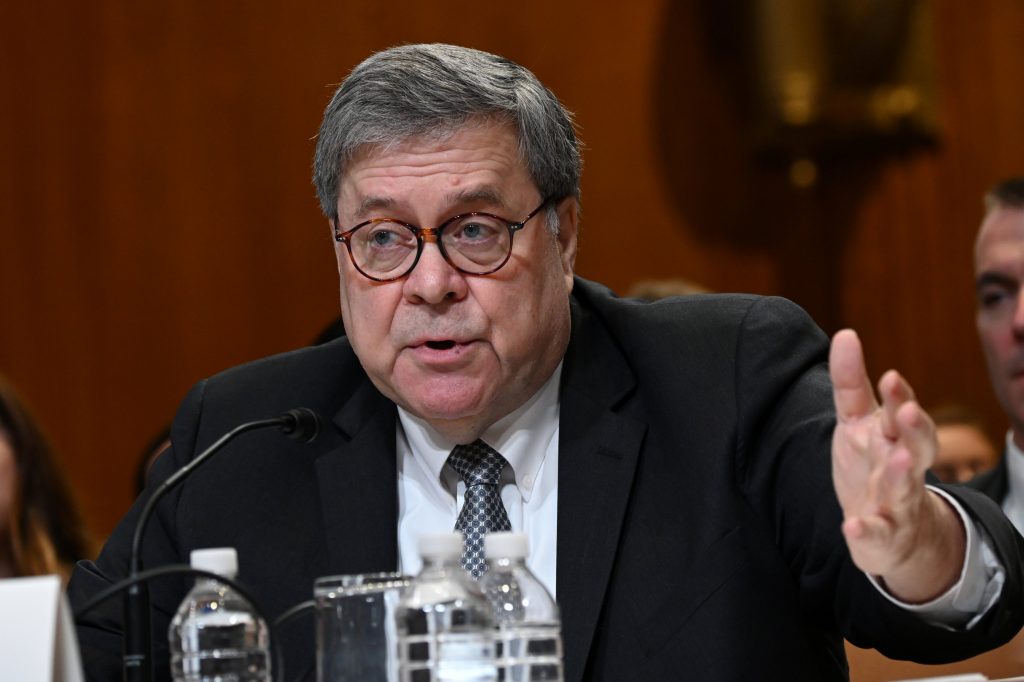 U.S. Attorney General William Barr sparred with lawmakers on Wednesday over whether “spying” occurred on President Donald Trump’s 2016 presidential campaign, and said that a redacted version of Special Counsel Robert Mueller’s report on Russian interference in the election will be out next week.

During questioning by senators, Barr said “spying” on Trump’s campaign was carried out by U.S. intelligence agencies, but he later recharacterized his concerns as focused on “unauthorized surveillance.”

Initially using language echoing Trump’s attempts to discredit Mueller’s probe, Barr pulled back under questioning by Democratic Senator Brian Schatz, who said the use of the term “spying” was “unnecessarily inflammatory.”

Barr, a Trump appointee, said: “I want to make sure there was no unauthorized surveillance,” modifying his language.

He said the Justice Department would release a redacted version of the Mueller report next week.

“I’m landing the plane right now,” Barr said at a Senate Appropriations Committee hearing. “I’ve been willing to discuss my letters and the process going forward, but the report is going to be out next week and I’m just not going to get details of the process until the plane’s on the ground.”

Barr discussed the report after a blistering assault by Trump on the FBI investigation that was taken over by Mueller, which the Republican president called an “attempted coup” involving “dirty cops.”

Barr told the committee that he would review all the intelligence activities directed at Trump’s 2016 campaign.

Barr noted much of this has been done already, both in Congress and by the Justice Department inspector general, but that he will pull it all together to see if there may be “remaining questions to be addressed.”