Op-Ed Some Words Are More Equal Than Others
Op-Ed 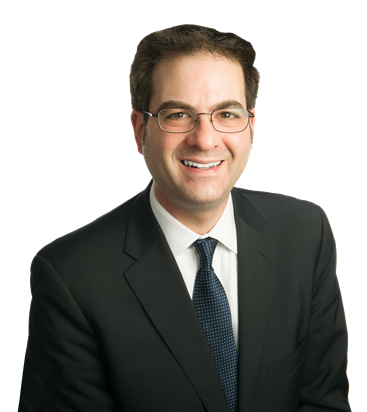 Words matter. Just ask New York City Councilman Kalman Yeger. Within a few short days of tweeting the factually correct words “Palestine does not exist,” he was booted from the Immigration Committee by the city’s Council leadership. Yeger’s now widely recognized tweet may have stated the obvious, but in the world of political correctness and political maneuvering the truth is no longer obvious.

In a string of tweets last week, Yeger sparked a heated Middle East policy debate in the heart of Brooklyn. Responding to a reporter who had referenced Yeger’s use of the term “so-called Palestinians,” Yeger tweeted last Thursday, “Palestine does not exist. There, I said it again. Also, Congresswoman Omar is an anti-Semite. Said that too.”

City Council Speaker Corey Johnson pounced on Yeger, calling his remarks “dehumanizing,” and both Johnson and Mayor de Blasio immediately demanded an apology. Predictably, Linda Sarsour, the “Palestinian” activist darling of the left, called for a protest outside Yeger’s Boro Park office. Only a handful of her supporters showed up and faced off against hundreds of Orthodox Jewish counter-protestors, largely organized by former Assemblyman Dov Hikind.

Incensed at Yeger’s defiant stance and refusal to apologize, Johnson called for his removal from the Immigration Committee. Yeger held firm. While he granted “the Speaker’s right to run the Council as he sees fit,” Yeger doubled down on his belief that “it’s unfortunate that political correctness takes precedence over objective fact. Of course, there are Palestinians. However, the fact remains that there is no Palestinian state.”

For his pluck and honesty, Yeger was rewarded with a political slap in the face and a removal from the Immigration Committee.

Even the more liberal New York Daily News’s defense of Yeger failed. Its Sunday editorial proclaimed, “Free speech must reign” and affirmed that, “He’s absolutely right that an Arab state in Palestine was never formed.” The paper’s Editorial Board, making the obvious comparison to Congresswoman Ilhan Omar, wrote that it was “nuts” that Yeger was asked to apologize or lose a committee appointment when she “said far worse things, [and] correctly kept her committee assignment.”

The takeaway from this debacle is disturbing. It reinforces, along with other anti-Semitic incidents, the notion that a large Jewish presence, in a city historically renowned for its Jewish population, no longer inoculates us from discrimination. And it articulates a growing concern among this city’s Jews that this fear is not mere rhetoric, but yields tangible consequences.

Despite Yeger’s commendable bravado, last Thursday’s rally-goers, who felt strength both in numbers and in the veracity of their mission, now feel deflated. The hundreds of yarmulke-clad protesters chanting “No such thing as Palestine” were ultimately overcome by keffiyeh- and hijab-wearers protesting to the contrary.

Shortly after Yeger’s ouster, Hikind spoke to me of his concern about the “trend” that is altering New York City. “The thing with Yeger,” he said, “is just a manifestation that something is terribly wrong. There are levels of anti-Semitic incidents that we’ve never had before.” When asked how this could happen in a city of one million Jews, Hikind responded, “This city is changing, and the future should scare everyone.”

Words matter because of how they translate into action. The fabricated use of the word “Palestinian” to refer to Arabs living in Israel, Jordan or refugee camps elsewhere in the Middle East confers on these Arabs imaginary credibility and entitlement. For years, I tried to avoid the term in my writing, not only out of contempt for its duplicity but out of fear that it would stick. And it did stick.

But no words matters too. Shtikah kehodaah. If silence is acquiescence, then all those in a position to protest who didn’t are complicit in perpetrating this dangerous myth. The worst culprits are Jews themselves. Where was Senator Schumer, who supported Yeger in the 2017 Council elections, and loudly proclaimed at last week’s AIPAC convention that when any anti-Semitic acts occur, “we must call it out”? Where was Congressman Nadler? While Yeger was being removed from his committee seat, Nadler was busy authorizing subpoenas to obtain the unredacted Mueller report that disavowed another myth.

Hikind agrees that “this is part of the problem.” With the exception of the ZOA, which urged New Yorkers to contact Mayor de Blasio to object to his “supporting an Arab/Islamist lie and condemning a Jewish truth,” Hikind faults Jewish organizations and politicians in the community for “looking over their shoulder” rather than speaking out.

When propaganda gains a foothold in political discourse, there shouldn’t be winners and losers in the battle of words. Unfortunately, that is not the case in this particular skirmish. Yeger correctly remains unapologetic and insisted in a recent interview with the New York Post that, “There is no state by that name; there is no place by that name…That’s a fact. I did not make it up.” But his ouster emboldens the Sarsours of the left, who then embolden the politicians of the left.

The end result is that lies are nurtured and spread much more quickly nowadays via social media, mainstream media, college campuses, et cetera. Blood libels against Jews have taken the form of different libels, like the myth of “Palestine” and the Israeli “occupation.” While Yeger stands firm in denouncing these lies, if he is going to succeed, all Jews need to stand with him.