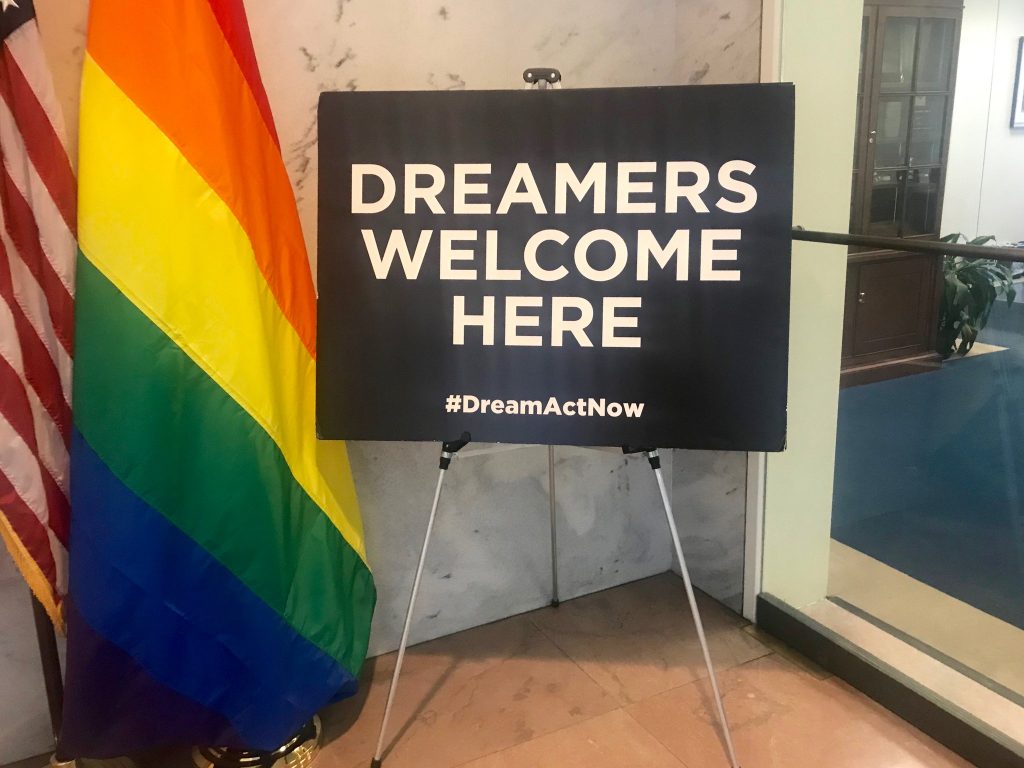 Senate Democrats are introducing legislation this week to end the prohibition on Deferred Action for Childhood Arrivals recipients working on Capitol Hill.

The proposal, led by Democratic Sens. Kamala Harris of California, Richard J. Durbin of Illinois and Nevada’s Catherine Cortez-Masto would amend current law to include DACA beneficiaries as an additional category of people eligible for paid employment in Congress.

“The giant sign outside my office says ‘DREAMers Welcome Here’ because we know and value the contributions that these young people have made to their communities. But right now, those same young people are banned from giving back to their country by working for Congress. That has to change,” said Harris in a statement. “Government works best when it reflects the people it represents. Our nation’s DREAMers are some of our best and brightest, and it’s time they had the opportunity to get a job or paid internship on Capitol Hill.”

Current law bars most non-U.S. citizens from working for the federal government, including Dreamers. Even congressional staffers with legal residency, including refugees, must sign an affidavit swearing they are taking steps toward full citizenship.

In the seven years since the introduction of the DACA program in 2012, more and more ambitious young people have run into this barrier. Activists point out that many “Dreamers” were pulled into advocacy work because of the immediate pressures that politics put on their lives. National surveys show that DACA is a strong motivator for civic engagement.

“Since I first introduced the Dream Act in 2001, I have met hundreds of Dreamers who are giving back to their communities as teachers, nurses, engineers, and soldiers. Many of them are dedicated to public service, and it makes no sense to deprive Congress of this homegrown talent pool,” Durbin said.