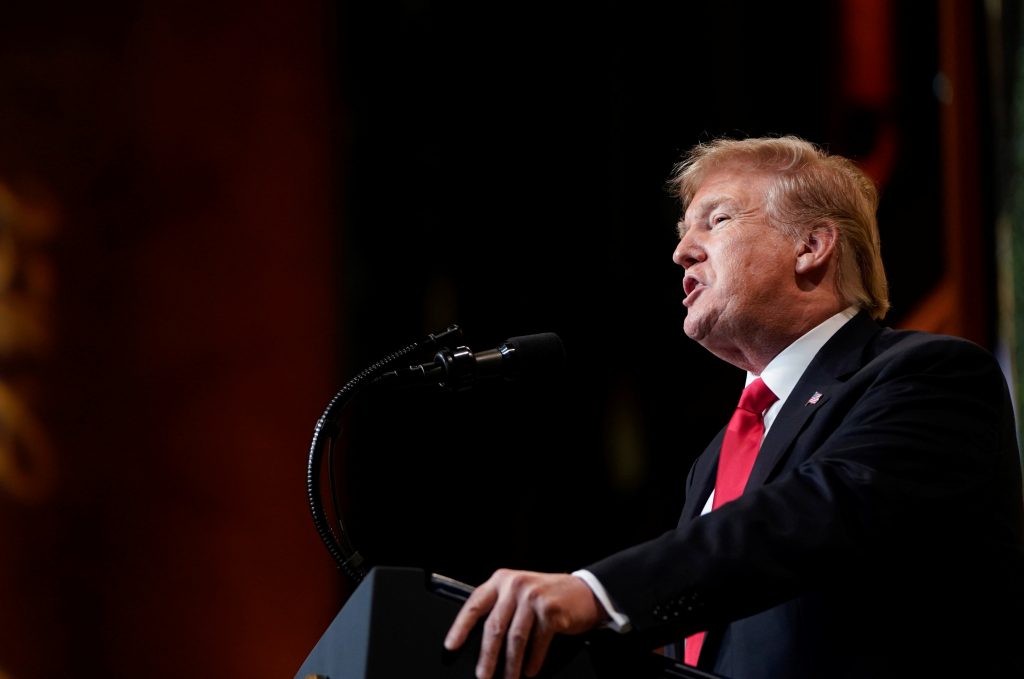 The Trump administration and Republicans in the U.S. Congress, unable to fully fund a U.S.-Mexico border wall, are refocusing their immigration agenda on a proposal for simpler, faster deportations of undocumented children and families from Central America.

In an effort that is sure to encounter resistance from Democrats, Republicans want to make deporting people from Guatemala, El Salvador and Honduras as swift and easy as it already is to deport undocumented people from Mexico or Canada, according to lawmakers and immigrant advocates.

Doing so would mean changing U.S. asylum law in a profound way, according to immigrant advocates, who warned the Republican plan could result in persecuted children being sent back to their dangerous Central American homelands.

On its own, such a deportation crackdown would likely stumble in Congress due to Democratic opposition, but it might advance if it were paired with another measure that Democrats favor, said Senate Judiciary Committee Chairman Lindsey Graham, a Republican, on Wednesday.

“I have to give them something they want,” Graham said in an interview, referring to the Democrats.

He said he would move quickly on legislation once the Department of Homeland Security tells him exactly what it wants, “and then let the negotiations begin.”

Any deportation crackdown would mark President Donald Trump’s latest attempt to expel undocumented Central American immigrants, who are arriving at the U.S. border in rising numbers, and to discourage others from coming to United States.

On Wednesday, Trump tweeted: “Congress must get together and immediately eliminate the loopholes at the Border! If no action, Border, or large sections of Border, will close. This is a National Emergency!”

One of the “loopholes” he referred to has to do with asylum. At present, undocumented immigrants, including children unaccompanied by parents, can seek U.S. asylum if they come from countries whose governments cannot protect them from persecution.

That standard applies to Central Americans, but it is not as stringent for Mexicans and Canadians, who can quickly and easily be deported by U.S. officials.

The Trump administration wants to align treatment of Central Americans seeking asylum with that of Canadians and Mexicans.

That would “allow the deportation of unaccompanied children before they’ve had a fair chance to claim protection,” Wendy Young, president of Kids in Need of Defense, a group that advocates for immigrant children, told a conference call with reporters.

Young said the Republican approach could result in youths being sent back to their homelands, which they would likely only flee again.

But Senate Homeland Security Committee Chairman Ron Johnson, also a Republican, said in a brief interview: “What we need to do is we need to change our laws that are incentivizing and rewarding unaccompanied children and family units coming to this country because once they’re here, they stay.”

Last Thursday, in a letter to Congress, Homeland Security Secretary Kirstjen Nielsen said, “Most immediately, we need the authority to treat all arriving migrant children equally.”

She added that she would soon submit legislation to Congress to carry this out. On Friday, without giving details, she issued a statement that said, “DHS will need emergency legislative action to restore order” on the border with Mexico.

No legislation has been publicly unveiled by Republicans, whose clout in Congress is limited now that Democrats control the House of Representatives and retain enough votes in the Senate to block most legislation.

Many of Trump’s fellow Republicans have spoken out against his recent threats to close the Mexican border and his announcement last weekend of plans to terminate U.S. aid to El Salvador, Guatemala and Honduras.

At the same time, the president’s declaration of a national emergency at the southern border in order to help seize funds to build a wall to repel immigrants is tied up in federal courts.