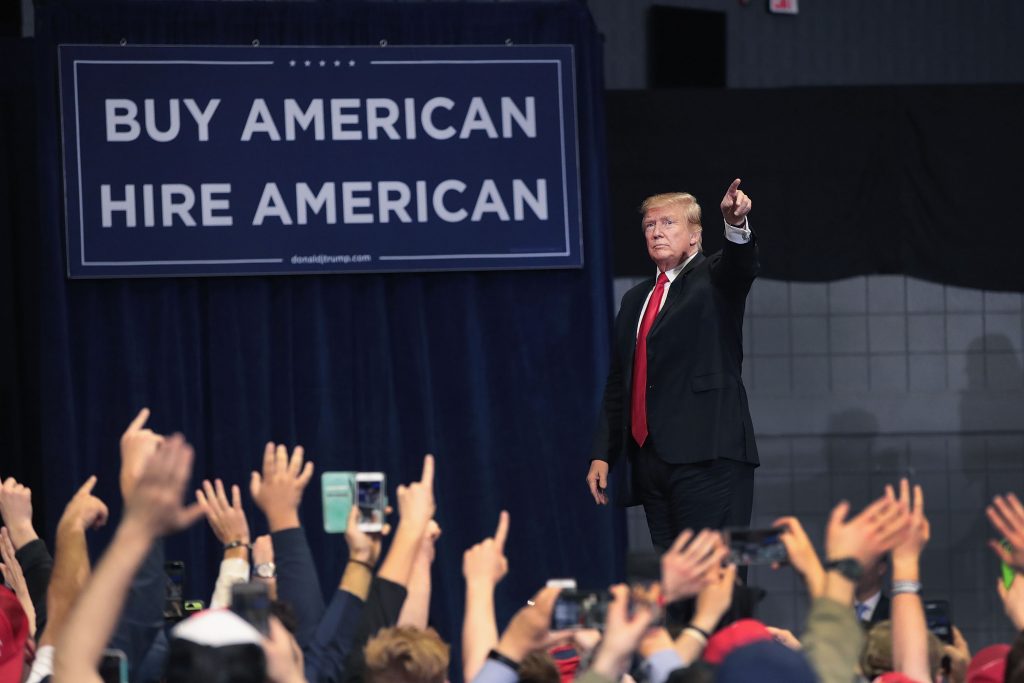 The State Department notified Congress that it would look to suspend 2017 and 2018 payments to the trio of nations, which have been home to some of the migrant caravans that have marched through Mexico to the U.S. border.

Trump has turned the caravans into the symbol of what he says are the dangers of illegal immigration — a central theme of his midterm campaigning last fall. With the special counsel’s Russia probe seemingly behind him, Trump has revived his warnings of the caravans’ presence.

“It would be so easy to fix our weak and very stupid Democrat inspired immigration laws,” Trump tweeted Saturday. “In less than one hour, and then a vote, the problem would be solved. But the Dems don’t care about the crime, they don’t want any victory for Trump and the Republicans, even if good for USA!’

Sen. Bob Menendez, D-N.J., ranking member of the Senate Foreign Relations Committee, spoke out Saturday against cutting off aid to Central America, declaring that “foreign assistance is not charity; it advances our strategic interests and funds initiatives that protect American citizens.”

And a group of House Democrats visiting El Salvador denounced the administration’s decision to cut aid to the region.

“As we visit El Salvador evaluating the importance of U.S. assistance to Central America to address the root causes of family and child migration, we are extremely disappointed to learn that President Trump intends to cut off aid to the region,” said the statement from five lawmakers, including Rep. Eliot L. Engel of New York, who chairs the House Foreign Affairs Committee. “The President’s approach is entirely counterproductive.”

The Trump administration has threatened before to scale back or cut off U.S. assistance to Central America. Congress has not approved most of those proposed cuts, however, and a report this year by the Congressional Research Service said any change in that funding would depend on what Congress does.

Short of a widespread border shutdown, Homeland Security Secretary Kirstjen Nielsen said the U.S. might close designated ports of entry to re-deploy staff to help process parents and children. Ports of entry are official crossing points that are used by residents and commercial vehicles. Many people who cross the border illegally ultimately request asylum under U.S. law, which does not require asylum seekers to enter at an official crossing.

Border officials are also planning to more than quadruple the number of asylum seekers sent back over the border to wait out their immigration cases, said an administration official. The official said right now about 60 migrants per day are returned and officials are hoping to send as many as 300 per day. The official was not authorized to speak publicly about internal plans and spoke to The Associated Press on condition of anonymity.

“We want to have a good relationship with the government of the United States,” Lopez Obrador said. He added: “We are going to continue helping so that the migratory flow, those who pass through our country, do so according to the law, in an orderly way.”

Marcelo Ebrard, Mexico’s foreign relations secretary, tweeted that his country “doesn’t act based on threats” and is “the best neighbor” the U.S. could have.