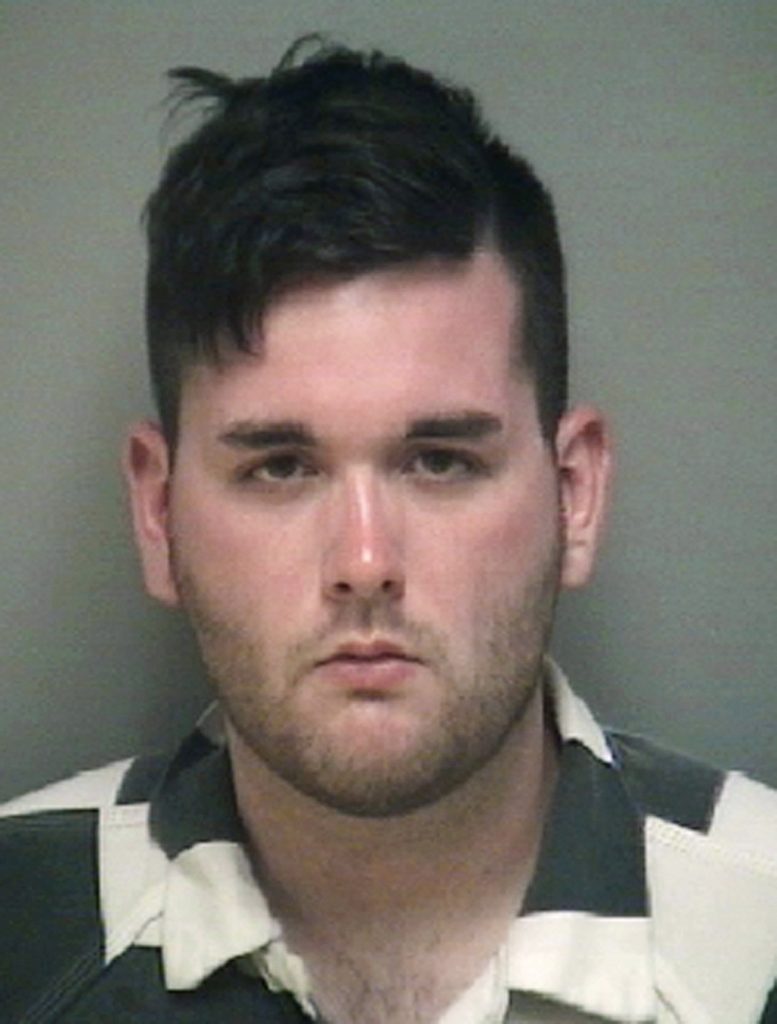 Self-described neo-Nazi James Fields, who was convicted of killing Heather Heyer by ramming his car into a crowd protesting a white supremacist rally in a Virginia college town in 2017, pleaded guilty on Wednesday in his federal hate crimes case.

Fields, 21, pleaded guilty to 28 federal counts of hate crime acts causing bodily injury and involving an attempt to kill, and one count of a hate crime act that resulted in the death of Heyer, during a hearing in U.S. District Court in Charlottesville.

Each count carries a maximum sentence of life in prison. Under the plea agreement, U.S. prosecutors said they will not seek the death penalty.

“In the aftermath of the mass murder in New Zealand earlier this month, we are reminded that a diverse and pluralistic community such as ours can have zero tolerance for violence on the basis of race, religion, or association with people of other races and religions,” U.S. Attorney General William Barr said in a statement released by the Department of Justice.

Fields already faces a sentence of life in prison after being found guilty in state court of Heyer’s murder and for injuring 19 in Charlottesville, which is home to the University of Virginia, in August 2017.

Fields, who wore a striped, gray prison uniform and sported a full beard and glasses, told the judge he has been treated for anxiety and depression since he was 6 years old.

Heyer’s mother, Susan Bro, was in the courtroom along with many of the victims, and they stood and watched while U.S. marshals handcuffed Fields and led him out of the courtroom. His sentencing hearing is scheduled for July 3.

In December, a Virginia jury recommended that Fields spend the rest of his life in prison after finding him guilty of first-degree murder and nine other crimes for killing Heyer, 32, and injuring 19 people after the “Unite the Right” gathering on Aug. 12, 2017.

Fields, a resident of Maumee, Ohio, was photographed hours before the attack carrying a shield with the emblem of a far-right hate group. He has identified himself as a neo-Nazi.

Fields’ attorneys never disputed that he accelerated his Dodge Charger into a group of counter-protesters at the rally, sending bodies flying. The lawyers suggested Fields felt intimidated and acted to protect himself.

The event proved a critical moment in the rise of the “alt-right,” a loose alignment of fringe groups centered on white nationalism.