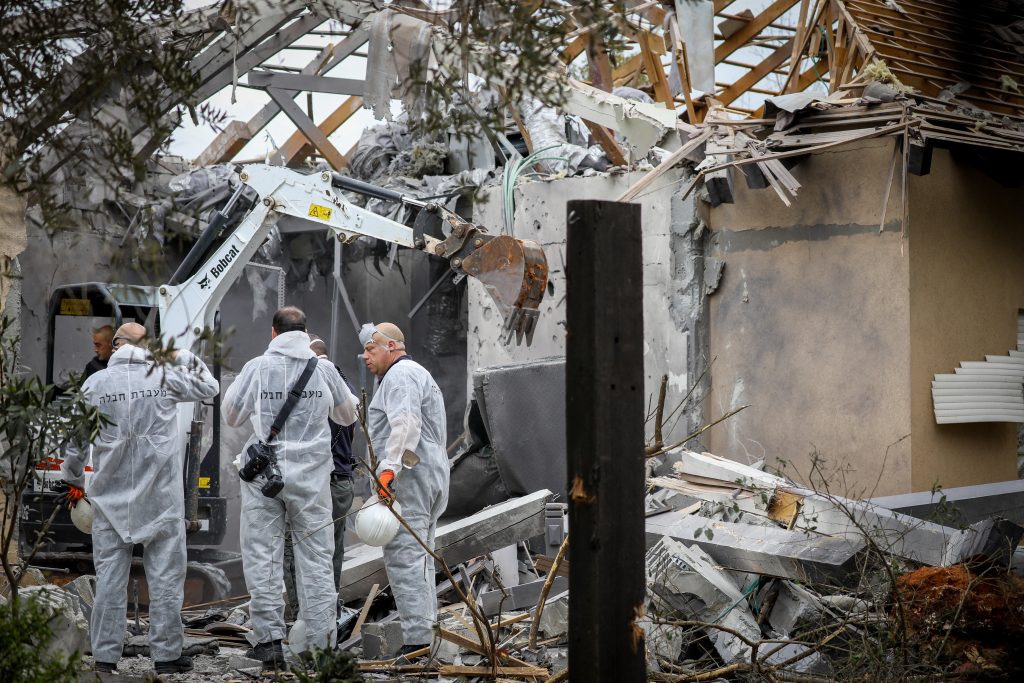 For the second time in under two weeks, Hamas is claiming that the rocket fire to central Israel early Monday was a “mistake.” Hamas made the same claim ten days ago, when two rockets were fired at the Tel Aviv area. The IDF rejected that explanation, saying that it held Hamas responsible for the rocket fire. Meanwhile, Islamic Jihad warned Israel not to retaliate for the attack.

Yediot Acharonot said Monday that after the rocket fired from Gaza hit a house in the town of Mishmeret in the Sharon region, north of Tel Aviv, Hamas contacted Egypt, telling officials that the rocket had been fired in error. Seven people, including an infant, were injured in the attack, with the family’s home sustaining heavy damage. Several other neighboring houses were damaged as well.

Egypt transferred the message to Israel, but in a statement, the IDF said it was not accepting the terror group’s excuse, and that it held Hamas responsible for the attack. The IDF is sending two divisions to the Gaza border area, its spokesperson said, and was conducting a limited call-up of reserves.

A report on Kan News said that top terrorists in Hamas and Islamic Jihad had gone into hiding, anticipating a heavy Israeli response. Meanwhile, Islamic Jihad warned Israel not to retaliate at all, because any retaliation would be met by rocket attacks “deep in the territory of Israel. The leadership of Israel knows we will strike back with power to such attacks,” the terror group said.

Groups allied with Islamic Jihad said that the attack was due to retaliation by the Prisons Service against terrorists who had attacked and injured Israeli guards in Ketziot Prison Sunday night.

Speaking from Washington, Prime Minister Binyamin Netanyahu said that he had discussed with IDF generals and intelligence chiefs what Israel’s next move should be. “This was a terrible crime against Israel and we will respond with force,” Netanyahu said, adding that he would cut short his trip to Washington in order to return to Israel and deal first-hand with the situation.