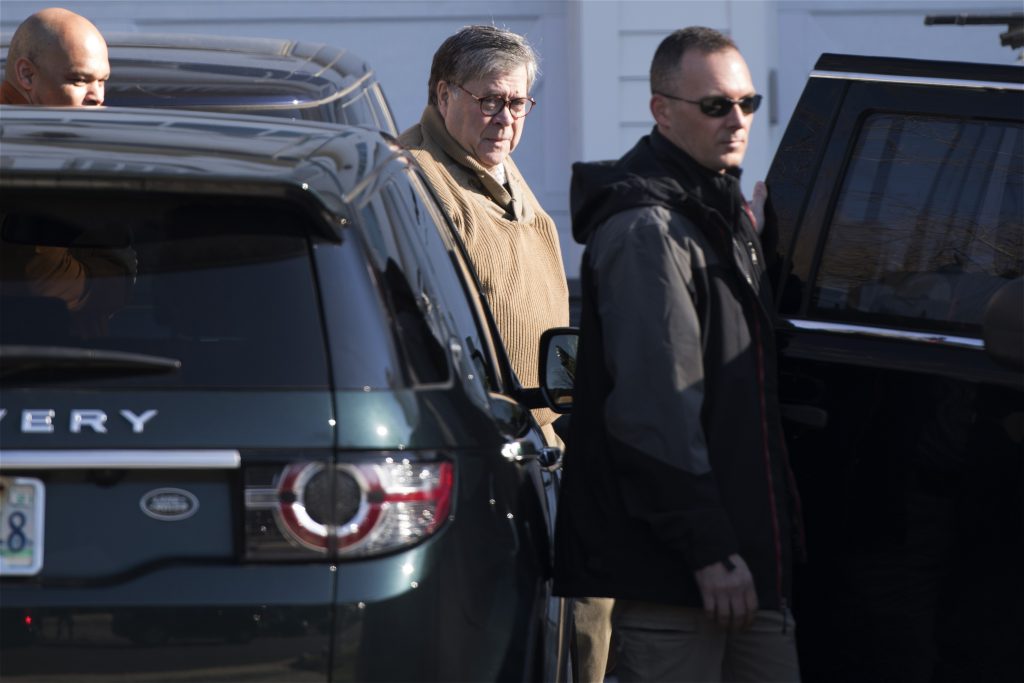 Congressional Democrats plotted strategy Saturday as they awaited the conclusions of Robert Mueller’s Russia investigation, with senior lawmakers demanding full transparency and preparing for next steps if the results were favorable to President Donald Trump.

House Democrats conferenced by phone to share what they knew about the probe and to discuss how to move forward. It was unclear when they would have more information from Attorney General William Barr, who received the report from Mueller on Friday. Barr was on pace to release his first summary on Sunday, people familiar with the process said.

In a call with 120 House Democrats, Speaker Nancy Pelosi said she would reject any kind of classified briefing on the report and that he information must be provided to Congress in a way that would allow lawmakers to discuss it publicly. A person on the call described it on condition of anonymity because the session was private.

Pelosi told Democrats that the American people “deserve the truth,” the person said. She has said that Barr’s offer to provide Congress with a summary of conclusions was “insufficient.”

Six committee chairmen also spoke on the call, reiterating the push for releasing the report and underlying documents.

The conclusion of Mueller’s probe comes as House Democrats have launched several of their own into Trump and his personal and political dealings. And no matter what Mueller concludes, they say there is much more investigating to do.

“It’s the end of the beginning but it’s not the beginning of the end,” Delaware Sen. Chris Coons, a Democratic member of the Senate Judiciary Committee, said in a Saturday conference call, echoing his party’s strategy moving forward.

Coons also issued a warning for his fellow Democrats, many of whom have pinned astronomical political hopes on Mueller’s findings: “Once we get the principal conclusions of the report, I think it’s entirely possible that that will be a good day for the president and his core supporters.”

Democrats have said they have to see the full report from Mueller, including underlying evidence, before they can assess it. Those demands for information are setting up a potential tug of war between Congress and the Trump administration that federal judges might eventually have to referee.

Six Democratic committee chairmen wrote in a letter to Barr on Friday that if Mueller has any reason to believe that Trump “has engaged in criminal or other serious misconduct,” then the Justice Department should not conceal it.

“The president is not above the law and the need for public faith in our democratic institutions and the rule of law must be the priority,” the chairmen wrote.

It’s unclear what Mueller has found related to the president, or if any of it would be damning. In his investigation of whether Trump’s campaign coordinated with Russia to sway the 2016 election, Mueller has already brought charges against 34 people, including six aides and advisers to the president, and three companies.

Lawmakers say they need that underlying evidence — including interviews, documents and material turned over to the grand jury — because the Justice Department has maintained that a president cannot be indicted and also that derogatory information cannot be released about people who have not been charged. So if the investigation did find evidence incriminating Trump, they may not be able to release it, under their own guidelines.

The Democrats say it could be tantamount to a cover-up if the department did not let Congress and the public know what they found.

Barr testified at his confirmation hearings that he wants to release as much information as he can about the inquiry. But the department’s regulations require only that the attorney general report to Congress that the investigation has concluded and describe or explain any times when he or Rosenstein decided an action Mueller proposed “was so inappropriate or unwarranted” that it should not be pursued. Barr said Friday there were no such instances where Mueller was thwarted.

But anything less than the full report won’t be enough for Democrats.

“If the AG plays any games, we will subpoena the report, ask Mr. Mueller to testify, and take it all to court if necessary,” said Rep. Sean Patrick Maloney, D-N.Y. “The people deserve to know.”

Though Trump himself has said the report should be made public, it’s not clear whether the administration would fight subpoenas for testimony or block the transmission of grand jury material.

If the administration decides to fight, lawmakers could ask federal courts to step in and enforce a subpoena. A court fight could, in theory, reach the Supreme Court. But few tussles between Congress and the White House get that far. They often are resolved through negotiation.

In both the Clinton and Obama administrations, even when talks failed and courts got involved in assessing claims of executive privilege, the White House decided not to take the fight to the high court and complied with lower court rulings against it.

The Democrats, led by Judiciary Committee Chairman Jerrold Nadler, could also formally ask Mueller to send his committee evidence that could be used in possible impeachment proceedings against Trump, as suggested by Benjamin Wittes, a senior Brookings Institution fellow and editor-in-chief of the Lawfare blog.

That’s the course one of Nadler’s predecessors followed during Watergate, although an impeachment inquiry against President Richard Nixon had already started by that point. Grand jury material from special counsel Leon Jaworski, provided through the federal judge who presided over the Watergate trials, became the road map that the House committee used to vote for articles of impeachment. Nixon resigned before the full House acted on his impeachment.

Pelosi said recently that she’s not for impeaching Trump, at least for now.