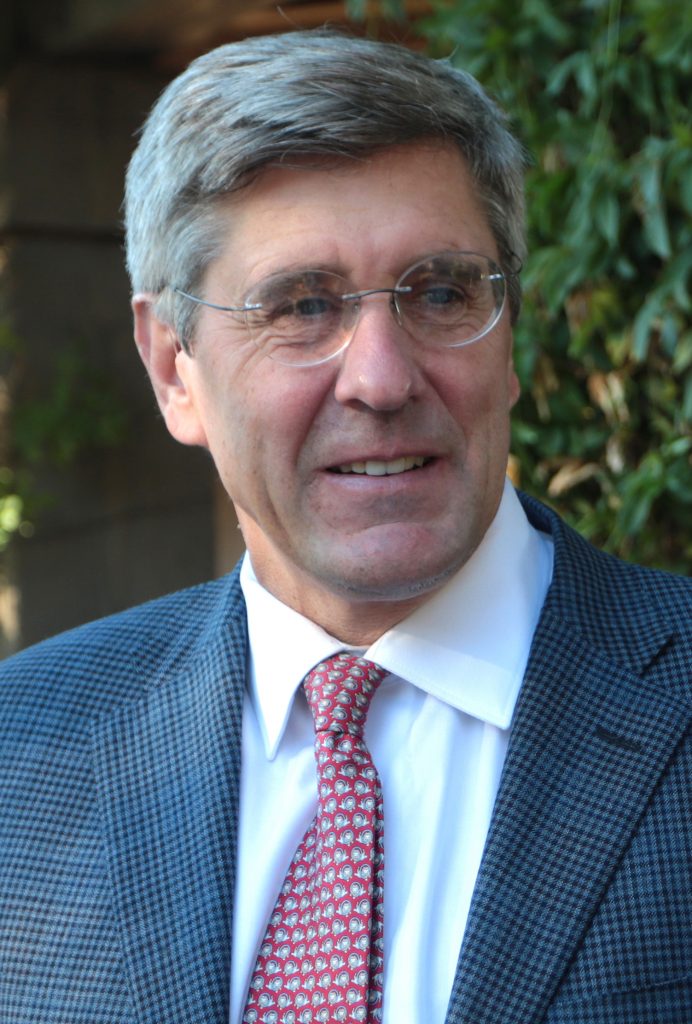 President Donald Trump said he is nominating Stephen Moore, a visiting fellow at the Heritage Foundation and a long-time supporter of the president, for a seat on the Federal Reserve Board.

Trump made the announcement Friday to reporters traveling with him to Palm Beach, Florida, confirming an earlier Bloomberg News report.

Moore has emerged as an ardent critic of the Federal Reserve Board under its current chairman, Jerome Powell, who fell out of favor with Trump last year after the Fed’s rate increases. Placing him on the board may be the president’s attempt to check Powell and head off further tightening of U.S. monetary policy that Trump believes could slow economic growth before his 2020 re-election campaign.

Moore blamed the Fed for slowing the economy while championing Trump’s policies in a March 13 Journal column that he co-authored. Trump’s chief economic adviser Larry Kudlow showed the op-ed to Trump after it was published, according to two people familiar with the matter. Moore also suggested the Fed stabilize the value of the dollar by adopting a commodity price rule.

“I believe the people on the Federal Reserve Board should be thrown out for economic malpractice,” Moore said Dec. 22 on Red Apple Group chairman and chief executive John Catsimatidis’ radio show, blaming an end-of-the-year stock market swoon on the Fed’s rate hikes.

“Janet Yellen couldn’t have been any worse than the guy he’s got in there now,” Moore said of Powell. “I always thought he was a bad choice. He’s been a Fed guy for many years. Donald Trump wanted to drain the swamp. The Fed is the swamp.”

Moore is a former adviser on Trump’s campaign who helped write its economic agenda and a close Kudlow friend. He was a senior economist on the Congressional Joint Economic Committee, served on the editorial board of the Wall Street Journal and was an economic analyst for CNN.

Also under consideration for the board is Herman Cain, the former pizza company executive who ran for the 2012 Republican presidential nomination, according to the people, who asked not to be identified discussing Trump’s private deliberations.

There are two vacant seats on the Fed board.