Business In Its IPO Documents, Lyft Outlines All the Reasons Ridesharing Could Fail
Business 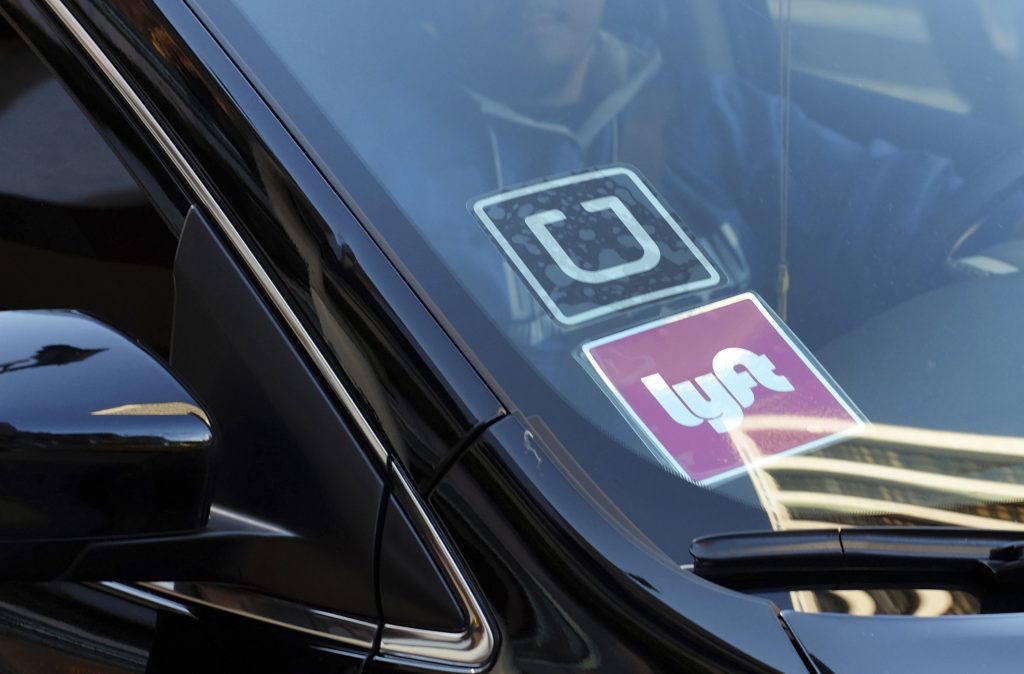 Lyft is due to be the first giant tech startup to list its shares on the stock market this year — and it has laid out all the roadblocks that could derail not only its own business, but the ridesharing industry itself.

From dock-less scooters and bicycles to self-driving cars, any number of transport modes Lyft has bet on could upend the ride-hailing business that it helped pioneer, according to documents Lyft filed as part of its IPO process. To the extent that Lyft is dependent on drivers, they also are a source of risk to the company, as well as potential regulation stemming from concern over increasingly crowded streets and curb space.

Analysts said it was among the most candid assessments yet of the challenges facing the ride-hailing industry, which has historically employed a few as possible in its pursuit of the transportation market, instead depending on thousands of independent “driver-contractors” to support its business. The risks, which are mandatory for companies to detail as part of a stock market listing, are a kind of worst-case scenario for the business.

The IPO of Lyft — and competitor Uber’s anticipated stock listing later this year — is a turning point for one of the most popular innovations to come out of Silicon Valley in recent years. The discount, door-to-door ride business supplanted the taxi industry, aggravating city regulators in the process and ushering a new class of workers under the gig economy. But many see the on-demand car and driver model as only a stepping stone on the way to a broader revolution in transportation spurred by driverless technology.

Lyft and Uber both have placed their bets on a driverless future, pouring millions into research and development for autonomous systems that could be less costly than splitting fares with drivers. But they’re also competing with other Silicon Valley giants, such as Waymo, which belongs to Google’s parent company Alphabet, and Detroit-based automakers to be the first to launch autonomous ride-hail services.

And there’s plenty of competition just in the ride-hailing space. Beyond Uber, it competes with less popular services such as Gett and Via. Many other ride-hailing startups such as Split and Sidecar have already flamed out, and on-demand commuter shuttles such as Chariot and Bridj floundered after failing to attract a sustainable market.

Questions about the future of the ride-hailing model aren’t only about driverless technology: Scooters, bikes and urban mobility investments Lyft has made could also pose a threat to the company’s business. Lyft recently poured millions into its acquisition of Motivate, becoming the country’s biggest bikeshare operator, in a deal that was believed to be valued around $250 million.

In its disclosure, Lyft called the bikes and scooters “new and unproven” and said “it is uncertain whether demand for bike and scooter sharing will continue to grow and achieve wide market acceptance.”

Uber made a similar bet on urban mobility last year, acquiring e-bike startup JUMP in a deal valued at nearly $200 million, according to TechCrunch. Dockless scooter companies Bird and Lime have taken cities by storm in the past year, and Uber and Alphabet both invested in Lime. Automaker Ford made its own push into the dock-less scooter market by purchasing Spin late last year.

Lyft is going public at a time when it has a relatively strong market position, on the heels of the #DeleteUber movement that saw hundreds of thousands of riders flock instead to what they saw as a friendlier, more socially conscious alternative. It aims to raise $2.1 billion in the coming weeks, giving it a potential value of more than $20 billion. New reports have said Uber is seeking a valuation of $120 billion. (Uber declined to comment.) Both companies lose money on each ride they provide.

Lyft may never become a profitable company, the company said in disclosures that are mandatory in the IPO process. It lost $911 million last year on revenue of $2.2 billion.

“We have a history of net losses and we may not be able to achieve or maintain profitability in the future,” Lyft disclosed in a required Securities and Exchange Commission document before launching its IPO “road show” this month, where it will tout the company to investors.

“Here, just like with Uber and AirBnB, you’ve got a money-losing business that’s growing rapidly but potentially can be worth an enormous amount of money in the future,” said University of Florida finance professor Jay Ritter, who specializes in IPOs. “It makes it incredibly difficult to come up with an objective evaluation on the company because you’ve got to make so many assumptions about things that are just inherently difficult to quantify.”

A court ruling could force Lyft to classify drivers as employees rather than independent contractors. There are also concerns about whether Lyft could maintain the massive number of drivers needed to provide rides at the tap of an icon, and whether city regulators would continue to surrender increasingly crowded streets and curb space to an investor-funded Silicon Valley tech powerhouse in its pursuit of profitability.

“Given the quiet period, we are declining to comment,” said Lyft spokeswoman Alexandra LaManna, referring to companies’ typically tight-lipped run-up to an IPO.

Some, however, cautioned against reading too much into the risks, which Lyft revealed ahead of its rival as a consequence of its decision to go public before Uber.

There was some positive news tucked in Lyft’s disclosure. Its revenue and marketshare had both jumped substantially in the wake of Uber’s repeated public relations disasters, which culminated in the departure of the ride-hailing giant’s founder and CEO Travis Kalanick. Lyft said its market share was nearly 40 percent in December, almost double its share two years earlier. Revenues, meanwhile, had jumped more than sixfold from $343 million 2016 to $2.2 billion in 2018, though yearly losses also grew by more than $200 million over that period.

Santosh Rao, the head of research for Manhattan Venture Partners, said such disclosures are routine for large companies ahead of their public offerings, and said few rise to the level of an “existential” threat. He likened the disclosures to the warnings on a Tylenol label.

“You should not be taking it lightly but if you balance it with the reward, the risk-reward is fairly balanced,” he said. “The risks are there, but I think the rewards are much better,” said Rao, whose firm includes Lyft in one of the funds it manages.

But Ritter says it’s not likely a coincidence that the potential lack of profitability is listed so prominently. The disclosure highlights the numerous uncertainties around the business model, which is unproven to say the least.

“You know, that’s certainly a very salient risk,” he said. “There’s no guarantee that Lyft will not collapse.”

The ride-hailing model requires a type of suspension of disbelief, analysts said. Not only must investors accept that Lyft is able to maintain drivers and riders — and growth in both segments — but also that it’ll beat out or remain competitive with Uber. Finally, it requires the belief that regulators won’t step in if Lyft is tied to road congestion or adverse impacts on cities, and the autonomous future it lays out does indeed come to fruition.

“The endgame you need to believe is so implausible in my mind — it’s definitely at the ‘hypiest’ end of the unicorns,” said Nicholas Farhi, a partner at OC&C strategy consultants who focuses on ride-hailing apps. “It’s hard for me to think of a rational reason why people would invest in this.”