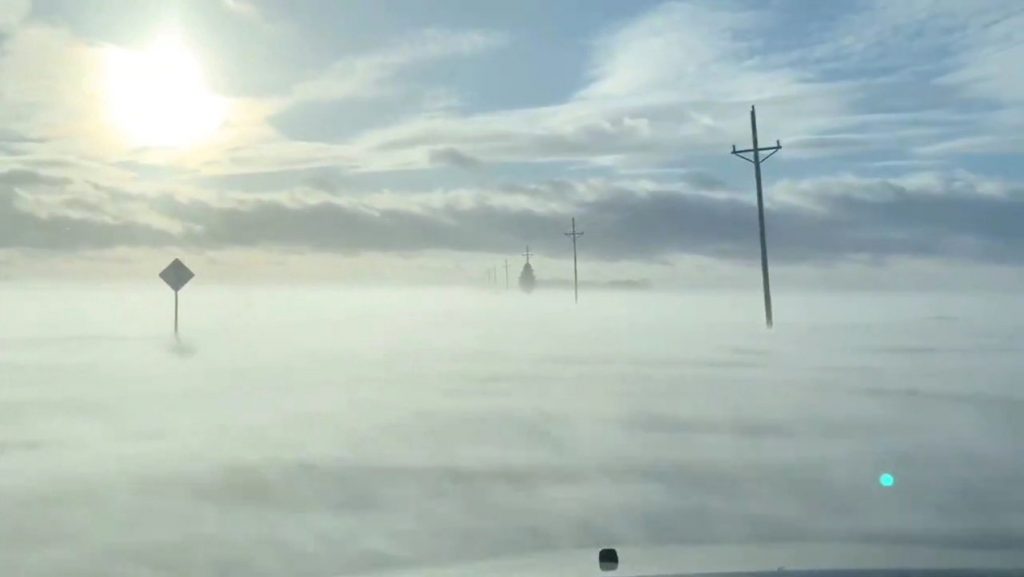 The powerful late winter storm, dubbed a “bomb cyclone” by meteorologists, left blizzards, floods and tornadoes in its wake after hitting the Mountain and Plains states this week, before pushing east into the Midwest and the Great Lakes Region early Friday.

A disaster proclamation by Iowa Governor Kim Reynolds, issued in response to reports of flooding, remained in effect in Iowa overnight.

Nebraska Gov. Pete Ricketts also issued an emergency declaration. There were many impassable bridges and roads from rain-swollen rivers and dam breaches, prompting thousands of residents to evacuate in Nebraska, the Lincoln Journal Star reported.

Meteorologists referred to the storm as a “bomb cyclone,” a winter hurricane that forms when the barometric pressure drops 24 millibars in 24 hours.

At the height of the storm, two feet of snow was dumped in the mountain regions of Colorado, forcing the cancellation of more than 1,300 flights in Denver and leading to more than 1,000 motorists trapped on roadsides, with many having to be rescued by police using school buses to ferry them to safety.

There were no remaining blizzard warnings Friday, Oravec said.

“There’s still a good threat of thunderstorms in Louisiana, Mississippi and up into the Great Lakes region as the system pushes into Canada, but it’s not like it was,” he said.

Most power outages were cleared by early Friday, according to the tracking site PowerOutage.US, and air traffic was returned to normal at Denver International Airport, a regional hub hardest hit by the storm.