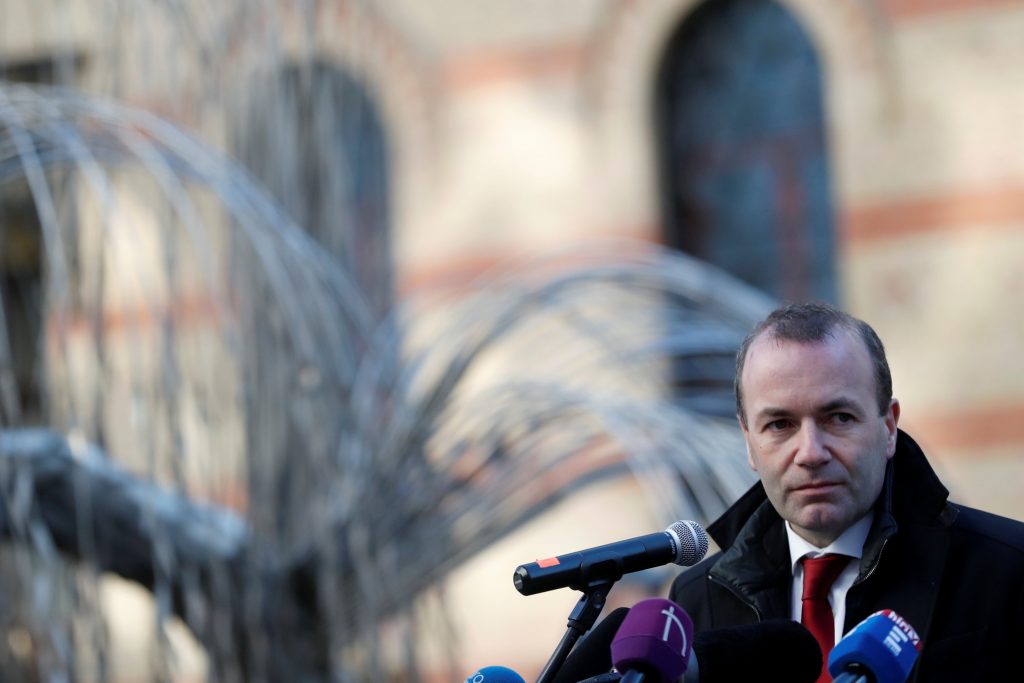 The leader of the main center-right party in the European Parliament said on Tuesday that Hungarian Prime Minister Viktor Orban must apologize for his criticism of the EU or his ruling Fidesz party could be suspended from the grouping.

Orban, an outspoken nationalist, wants to remain in the EPP, Fidesz said on Tuesday, despite growing pressure within the European Parliament’s biggest grouping to suspend or expel it, a scenario backed by European Commission chief Jean-Claude Juncker.

The Hungarian leader has long been at loggerheads with Brussels over his hardline stance on immigration and accusations – which he denies – that he is undermining the rule of law. The feud is escalating ahead of European Parliament elections in May.

On Monday, the EPP said it had received motions from 12-member parties in nine EU countries and would discuss suspending or excluding Fidesz on March 20.

Juncker, who in 2014 was the EPP’s candidate for the top EU executive position he now holds, accused Orban of coming “within a hair’s breadth” of peddling falsehoods and said he would support the exclusion.

Asked about Orban, Juncker told German broadcaster ZDF: “Whoever lies in European affairs for domestic political reasons has to ask himself whether he still wants to belong to the EPP club. I think, they are not one of them anymore.”

“I already said months ago that the EPP’s biggest problem in the European elections has a name, and that is Orban. I will support this exclusion,” Juncker added.

Speaking to journalists in the Germany town of Rottersdorf Weber said that in recent weeks “Viktor Orban and the Fidesz have crossed red lines again,” and added that all options were on the table, “especially the option of expulsion and going away, going our future way without Fidesz.”

Orban’s party said in a statement: “Fidesz does not want to leave the (European) People’s Party, our goal is for anti-immigration forces to gain strength within the EPP.”

Orban has launched a media and billboard campaign that frames the May elections as a choice between forces backing and opposing mass immigration and that attacks Juncker.

However, on Tuesday he said he welcomed an initiative by French President Emmanuel Macron for reforming the EU.

“In the details, of course, we have differences of views, but far more important than these differing opinions is that this initiative be a good start to a serious and constructive dialogue on the future of Europe,” Orban said in a statement to Reuters.

Weber told Bild newspaper he expected an apology to EPP member parties, an immediate and permanent end to Orban’s anti-EU campaigns and renewed government support for Central European University to stay in Budapest.

CEU was forced out of Hungary and plans to relocate to Vienna from September as Orban wages a bitter campaign against its founder, U.S. billionaire George Soros, accusing him of supporting immigration to undermine Europe’s way of life. Hungarian-born Soros, 87, denies that.

The EPP has 217 lawmakers in the 750-strong EU legislature, 12 of them from Fidesz. It is expected to remain the biggest parliamentary group in the May elections, although likely weakened, opinion polls show.