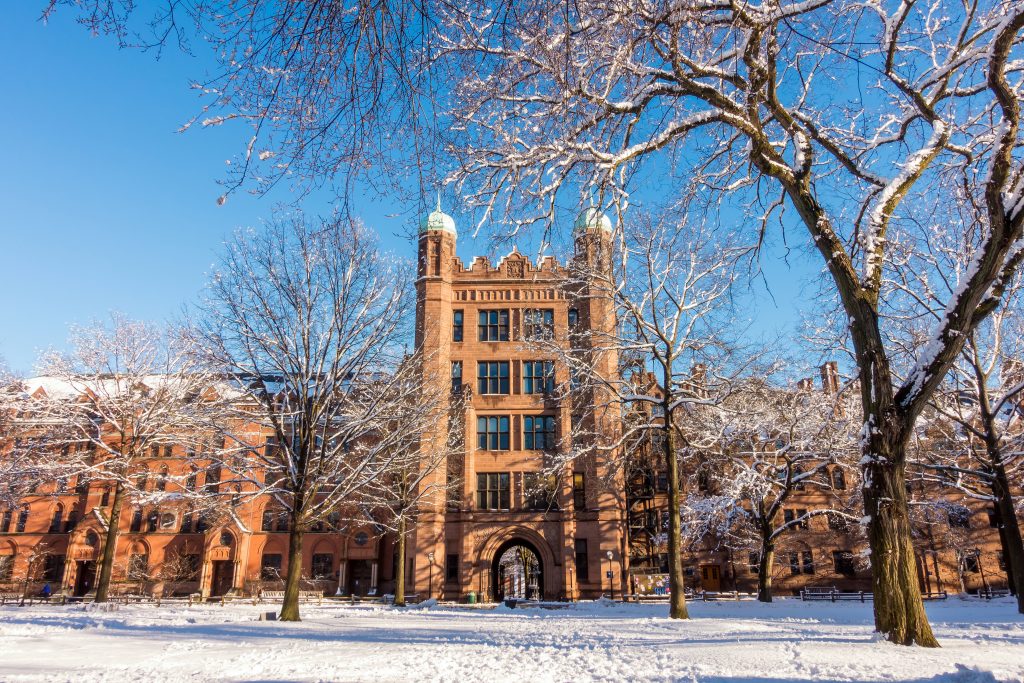 Parents, coaches and test administrators were among 46 people charged Tuesday in a sweeping criminal conspiracy that sought to help applicants win admission to elite universities including Yale, Stanford, UCLA and Georgetown.

Parents and others allegedly paid bribes to win admission for the children, giving cash to test-takers to help students cheat on entrance exams and paying coaches to designate applicants as athletic recruits. Parents paid from $100,000 to $6.5 million in bribes, with most payments around $200,000, according to prosecutors.

Investigators detailed a scandal that perverted much of the admissions process for America’s elite colleges. Unlike most other SAT cheating cases, the scheme reached deep into the academy, implicating college officials who allegedly subverted the missions of the universities themselves.

In all, the government said clients paid $25 million in bribes to coaches and college administrators from 2011 to 2018. In some cases, the bribes would be disguised as charitable contribution. An informant involved in the alleged crime said clients could also pay $15,000 to $75,000 to cheat on each standardized test — in some cases, getting a proctor to change wrong answers in the test center.

“And it works?” one client asked an informant, according to court papers.

“Every time,” the informant replied, with a laugh.

An FBI informant said he told parents the alleged cheating and bribery amounted to a “side door” for wealthy parents at the most selective schools. The “front door” involved children getting in on their own merits, and the “back door” entailed making multi-million-dollar donations, which was legal though far more expensive.

“Who we are — what we do is we help the wealthiest families in the U.S. get their kids into school,” the informant told parents. “They want guarantees, they want to get this thing done. They don’t want to be messing around with this thing. And they want in at certain schools.”

The charges come two weeks before Ivy League schools and other top schools are scheduled to announce admissions for the class of 2023. The scandal, perhaps the largest ever in admissions, is certain to call into question the process by which top colleges fill highly competitive freshmen classes, while highlighting the extremes to which some wealthy parents will go to win a seat.

The charges were unsealed by prosecutors in Massachusetts, California, Texas, Florida and North Carolina. Prosecutors said 38 people were in custody, including several celebrities.

Prosecutors accused the former women’s soccer coach at Yale, the senior associate athletic director at the University of Southern California, the women’s volleyball coach at Wake Forest University and the sailing coach at Stanford. A college prep school director is charged, as is the director of an exam-preparation company.

The scheme is alleged to have multiple elements.

According to prosecutors, college entrance-exam administrators took bribes to help applicants cheat on admissions tests by allowing others to pose as test-takers or giving students the answers. In other instances, university coaches and administrators were bribed to designate applicants as athletic recruits “regardless of their athletic abilities” — or even, prosecutors said, when they didn’t play the sport at all.

The result was fraudulently obtained exam scores and inflated grades.

The defendants disguised “the nature and source of the bribe payments by funneling the money through the accounts of a purported charity, from which many of the bribes were then paid,” prosecutors said.

Representatives from Yale, Stanford, USC, Georgetown and UCLA didn’t immediately return calls or emails seeking comment. Wake Forest and the University of Texas announced Tuesday that it had suspended coaches.

“Integrity in admissions is vital to the academic and ethical standards of our university,” the University of Texas said in a statement.

At the center of the scheme is a Newport Beach, California-based company called Edge College & Career Network LLC, which was run by Singer, prosecutors said. He allegedly agreed with clients to have an accomplice, Florida resident Mark Riddell, take the ACT or SAT college admissions tests in their children’s place or correct their answers after they took the exams themselves. The parents allegedly paid between $15,000 and $75,000 to Singer alone per test, structuring their payments as donations to a California-based charity affiliated with his company, Key Worldwide Foundation, according to prosecutors.

Singer instructed parents to “seek extended time on the exams, including by having their children purport to have learning disabilities,” authorities claim.

Singer allegedly used the bogus charitable donations to bribe two other defendants, who administered the tests at a private school in Los Angeles and a public school in Houston, according to the indictment. The bribes to let Riddell take the tests were typically $5,000 to $10,000, the U.S. said.

Andrew Lelling, the U.S. Attorney for Massachusetts, said at a press conference Tuesday that the probe began when federal authorities were interviewing a target in a different case.

“Our first lead in this case came during interviews with a target of an entirely separate investigation who gave us a tip this activity might be going on,” Lelling said.