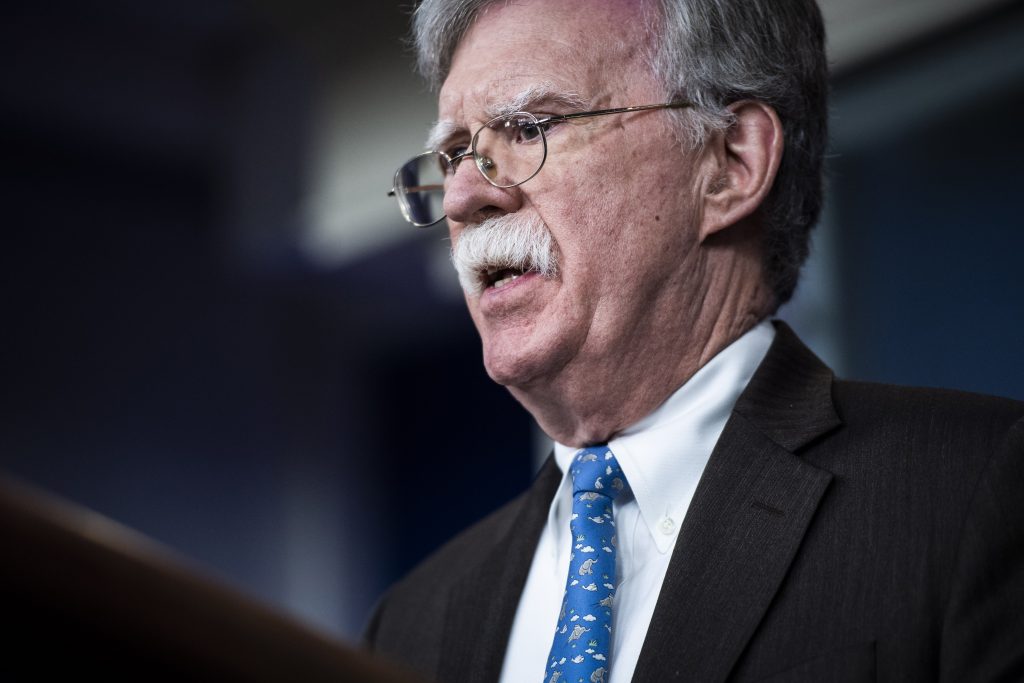 National security adviser John Bolton said Sunday that the Islamic State remains a threat and that it is “growing in other parts of the world” besides Syria and Iraq.

The statement by Bolton in an interview on ABC News is at odds with claims by President Donald Trump and Vice President Mike Pence late last year that the terrorist group, which is also known as IS, has been defeated.

He added that Islamic State fighters are “scattered still around Syria and Iraq, and that ISIS itself is growing in other parts of the world. The ISIS threat will remain.”

The White House has delivered mixed messages on the matter.

Friday night, at an outdoor fundraiser at his Mar-a-Lago club in Palm Beach, Florida, President Trump said the caliphate was 100 percent destroyed, according to an attendee.

In a December tweet, Trump announced that the United States was withdrawing from Syria, declaring, “We have defeated ISIS in Syria, my only reason for being there during the Trump Presidency.” Trump appeared to slightly shift course later that month, stating on Twitter that the extremist group is “mostly gone.” He has since agreed to maintain a presence of about 400 troops in Syria.

Pence, meanwhile, said in a speech at the State Department in January that “the caliphate has crumbled, and ISIS has been defeated.”

Bolton was responding to a statement by Gen. Joseph Votel, the commander of U.S. forces in the Middle East, who said at a House Armed Services Committee hearing last week that the fight against the Islamic State “is far from over.”

Bolton said Sunday that he is “very optimistic” that U.S. allies such as Britain and France will help in battling the resurgence of the group.

“It hasn’t happened formally yet, but they’re looking at. I think it’s very important that we try and get this up. … The ISIS threat, the al-Qaida threat, the terrorist threat is an ideological threat worldwide, and it’s something that I think we have to be vigilant against for the foreseeable future,” he said.