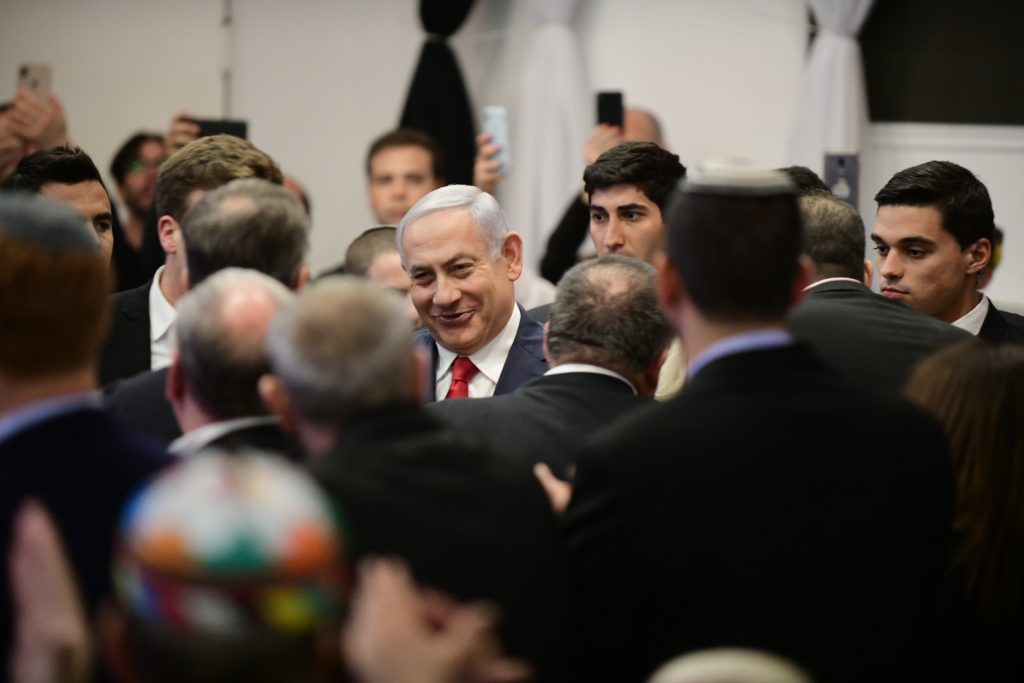 Gideon Sa’ar is once again a full member of the Likud family, in its current form under the leadership of Binyamin Netanyahu. At the kickoff of the Likud’s campaign Monday night, Netanyahu and Sa’ar shook hands and spoke for a few minutes, with the prime minister telling Sa’ar that what happened in the past was past, and that “now we have to work together for victory.”

And Sa’ar is ready to let bygones be bygones, he said in an interview on Reshet Bet Tuesday. “I hope that from now on we will work together for the good of the party and the state,” he said. That Netanyahu approached him and greeted him “shows that there is something here greater than the two of us – the idea and the path that we are following. The reconciliation was very important to many people.”

Sa’ar and Netanyahu had a falling out several years ago, and in September 2014, Sa’ar announced that he was taking a hiatus from politics, and in the intervening period, Netanyahu had accused Sa’ar of working against his leadership of the Likud. Last November, he accused Sa’ar of conspiring with President Reuven Rivlin to recommend someone other than Netanyahu to form the next coalition if and when elections take place. Sa’ar denied the accusations.

In the interview, Sa’ar said that he believed Netanyahu would succeed in getting reelected, despite his legal troubles. “His experience and skills are much greater than those of Yair Lapid and Benny Gantz, who would serve in rotation. That itself is ridiculous – show me another country where they offer you two people to run the country. It’s a joke. Meanwhile, the prime minister’s abilities are proven.”

The Blue and White Party’s reticence on what its stances are on the major issues is an attempt to hide from the public, but it won’t work, Sa’ar said. “They say there is no right and no left, but what they mean is that they have no path at all. They are not worthy of anyone’s vote. We cannot wager on the future of the state by taking a chance on this inexperienced pair,” he added.