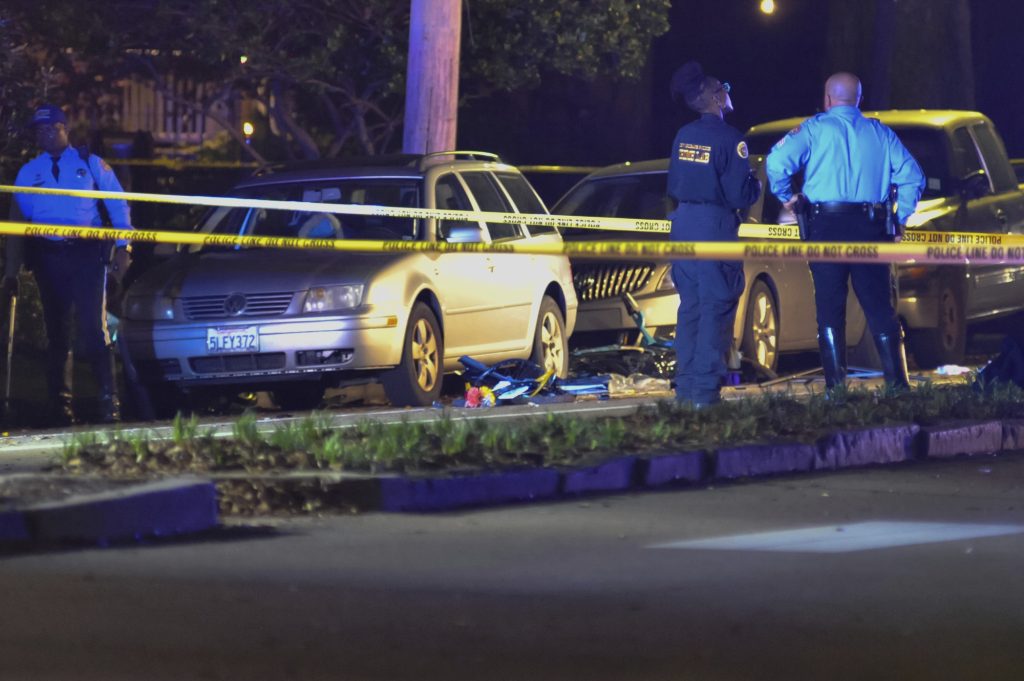 Two people have been killed and six injured after being struck by a vehicle on a busy New Orleans thoroughfare Saturday evening, authorities said.

Police Superintendent Shaun Ferguson told local media that a suspect is in custody following the incident that happened about 8 p.m. Saturday along a multiple-block stretch of Esplanade Ave.

Authorities were still investigating the incident and gathering footage from security cameras. Ferguson said the suspect is being tested to determine whether he was intoxicated. His identity was not released. The police chief said bystanders in the area were the ones who stopped the driver.

“We were able to apprehend the subject so quickly because citizens stopped this individual, because they thought they were helping someone who had just been involved in a one-car accident,” Ferguson said.

One witness, cyclist Frank Rourk, told The New Orleans Advocate that he saw a driver of a dark sports car spin out on the median. The driver ran to a nearby corner and laid down on the sidewalk where he lost consciousness.

Rourk and two other people were able to wake the driver, and Rourk, who initially didn’t realize anyone was hit, told the driver, “I’m pretty sure you’re the guy who wrecked the car. You better go back there.” The driver then asked whether he had killed anyone.

EMS spokesman Jonathan Fourcade said a man and a woman — both about 30 years old — were killed. The injured ranged in age from 28 to 65. Five of the injured were taken to the hospital while one refused treatment, Fourcade said.

EMS Director Emily Nichols told WVUE channel that three of the five people brought to the hospital were in critical condition.

Photographs of the scene showed mangled bikes along the side of the street.